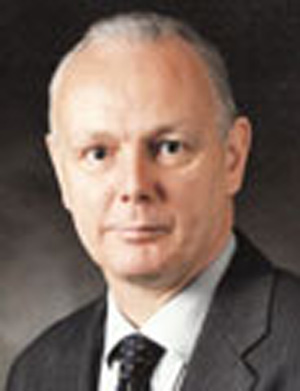 Africa currently, undoubtedly, provides the world’s most exciting oil sector investment opportunities but, to be more precise in terms of where and what to invest in, one really needs to reverse engineer the question. Having eliminated sub-regions and specific countries, see what one is left with.

Much as it pains me to say it, most of north Africa has lost its attraction for the oil industry. Before the Arab Spring, both Algeria and Libya had extremely unattractive fiscal terms and had had little exploration success in recent years.

The combination of the on-going political turmoil throughout most of the region, and the increased security costs following the In Amenas attack in January 2013, mean that north African governments will have to provide a safe, secure and fiscally far more attractive operating environment before the upstream IOCs rush back.

Although existing producers, European IOCs from nearby markets, and smaller niche players will remain in north Africa, the danger is that independent, purely upstream IOCs will look for more attractive destinations.

The one regional note of optimism is Morocco, which already had very attractive fiscal terms; had intelligently weathered the Arab Spring; and has consequently seen a number of high-profile offshore and onshore new entrants.

Another large African oil producer, Nigeria, has also gone off the boil in recent years because of a combination of non-technical aboveground reasons.

Besides the country’s perennial dubious relationship between big-man politics and business, are the security and oil theft problems that are once again escalating in the Niger Delta, and the Boko Haram militant Islamist sect, which has made large parts of northern Nigeria virtual no-go areas.

For those new entrants who do not partner with indigenous firms for divested onshore fields, however, it is the highly controversial Petroleum Industries Bill (PIB) – still not passed after more than two years of wrangling – which is likely to be the primary disincentive to future investment in Nigeria. Industry sources claim that S$109bn of planned investment in predominantly offshore blocks will be in jeopardy if the PIB is passed in its current form and that production will plateau at 3 million b/d in 2016 before declining.

There are also other countries and sub-regions where above-ground reasons such as politics, security and corruption act as disincentives, or where exploration success has made the entry price for the Johnny-comelatelies too high for all but majors, super-independents, and state-owned Asian NOCs.

These include – in no particular order but you can guess the reasons in each case – the more dangerous parts of the Sahel, Sudan, eastern Congo, Angola, and the countries of east Africa and the Rift Valley, which have enjoyed such phenomenal success in the past few years.

From an above-ground perspective, Africa’s most exciting oil sector investment opportunities are, therefore, those countries where politics and/or security are good or are improving; those which are analogous to hot exploration prospects in neighbouring countries; those with known reserves that have been under-explored; where there are only a few first entrants; and where the governments do not immediately change the commercial terms at the first smell of success.

These include the west African transform margin from Ghana to Morocco; the Horn of Africa including South Sudan; some already mature areas of west Africa; unexplored areas of southern Africa; and perhaps some of the blocks surrounding the small Indian Ocean island states.