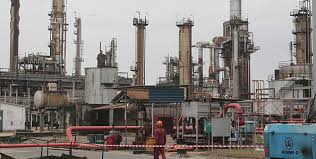 Kenya’s Government has confirmed that it plans to convert Kenya Petroleum Refineries Limited’s refinery into a storage facility for imported products.

The decision to shut down the country’s sole refinery was in line with recommendations made by the Energy Regulatory Commission (ERC), Energy and Petroleum Cabinet Secretary Davis Chirchir told reporters.

The ERC recommended the conversion of the facility in April, noting that it was proving more costly to refine products there than import finished fuels. According to an ERC estimate, in the 28 months between December 2010 and April 2013, inefficiencies at the site had cost the economy Sh13bn.

While confirming the plans, Chirchir insisted that no jobs would be lost, and that 300 workers would be redeployed to the 800,000 metric-tonne storage facility.

“This refinery is not an asset that we can completely close. The option is to turn it into a tank to store more products,” he remarked. “We don’t want people to lose jobs because we are not closing the refinery.”

According to Chirchir, the Government has confirmed that it will take up the 50% share that Indian firm Essar Energy is seeking to divest, completing the transaction as soon as the National Treasury allows.