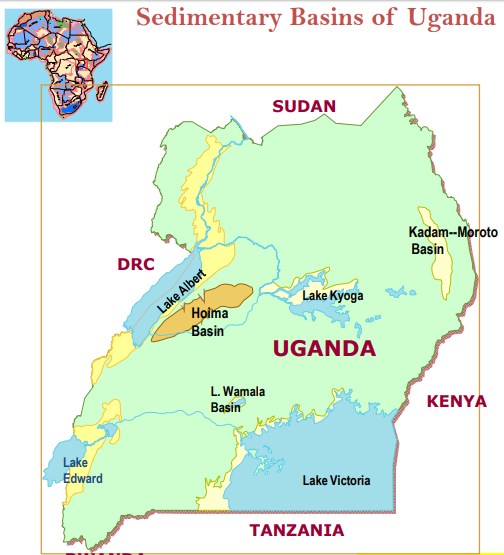 The Government of the Republic of Uganda through the Ministry of Energy and Mineral Development is in the process of getting a consultant to help conduct an impact assessment in three new Basins proposed for Petroleum Activities namely Lake Kyoga Basin, Hoima Basin and Moroto Kadam-Basin.

The assessment is a requirement as per the National Oil and Gas policy of 2008 points out the need to conduct oil and gas activities in a manner that conserves the environment and biodiversity.

Of the six sedimentary basins in Uganda identified by, aeromagnetic surveys undertaken during 1983 and 1992 respectively, only the Albertine basin which runs along Uganda’s western border with the Democratic Republic of Congo and is a distance of 1,200 Km from the nearest coast has seen extensive exploration.

These aeromagnetic surveys were followed by ground gravity/magnetic surveys and geological mapping starting in the early 1990’s. The aim of these surveys was to better define the extent and geometry of the sub-basins in these major sedimentary basins and study the types of rocks distributed therein with a view of establishing their suitability for petroleum generation and accumulation.

As per investigations carried out so far the Lake Wamala basin and Kadam-Moroto exhibit thin sediment thicknesses which are not sufficient for the generation of petroleum. The sediments in the Hoima basin have been interpreted to be over mature for petroleum generation. Nevertheless, more work needs to be undertaken to properly evaluate the potential of Hoima and Kyoga basins.