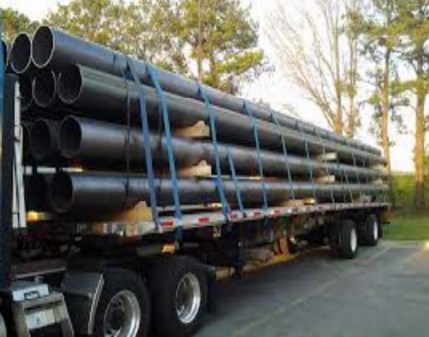 The East Africa Crude Oil pipeline to be constructed between Hoima Uganda and Tanga in Tanzania a distance spanning 1445 kilometers is expected to have a flow rate of 216kbpd and will need over 500,000 tonnes of imported equipment to complete.

This infrastructure is expected to provide a huge opportunity for players in the logistics industry namely trucks, rail, aeroplanes and ships but might also pose a challenge for the existing receiving and transportation networks.

Gulf further estimates that transport of 391 (1KM) spools of 33 kVA Cabling, 391 (8KM) spools of Fiber Optic Cabling and Transport of 1,173 (1KM) spools of Heat Tracing Cables. At a rate of 2 spools per truckload an approximate 980 truck trips as well as additional return trips with Empty spools which must be returned after cable installed. In total both the Tilenga to Kabaale Feeder Pipeline and the Uganda Border Pipeline Segment it is estimated will require 326km of 33 kV HV Power Cabling to Heat Trace power input. Other transport needs include that of 5 pre-fabricated Electrical Heat Trace Substation Modules (5m x 3m).

For some of the heavy equipment it is expected will require multiple axle trailers for transport including three (3) Power Generation Units with each weighing  52MTN each as well as mechanical and electrical engineered equipment weighing an estimated 733MT. Other equipment include: One direct fired heater and 2 heat exchangers per Pump Station.

Gulf has identified the standard 12m container as the required for the exercise as well as the various spools highlighted earlier. Each pump station will require at least 150 standard containers for pre-engineered material/equipment which when emptied must be returned to point of call.

The opportunity created by this logistics exercise provides a chance for national and local content to be exhibited through jobs and provision of required transport equipment. For other institutions such as banks this transportation provides opportunities such as lease financing and LPO financing to support those who land such contracts with the need to expand fleets and maintain the same.