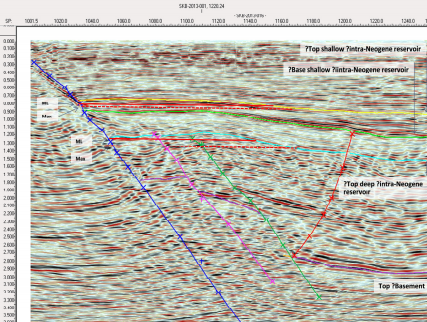 Australian owned Swala Energy Limited has announced that RISC Operations Pty Ltd an independent petroleum advisory firm, have completed their review of the resource potential of the Kito  prospect in the Kilombero Basin, located within the Kilosa- Kilombero licence in southern  Tanzania.

The Kito prospect  was identified from the  results of the  recently-completed seismic survey that Swala Oil & Gas (Tanzania) Limited (“SOGTL”) and its joint venture partner,  Otto Energy (Tanzania) Pty Ltd (“Otto”) carried out over a 20km section of the 80km-long Kilombero Basin, as announced on the 8th  November 2013.

Kito is sufficiently large to have been intersected by a sufficient number of seismic lines to enable a resource assessment to be performed.

The estimated quantities of petroleum that may potentially be recovered by the application of a
future development project(s) relate to undiscovered accumulations. These estimates have both an
associated risk of discovery and a risk of development. Further exploration, appraisal and evaluation
is required to determine the existence of a significant quantity of potentially moveable
hydrocarbons.

The Kilombero  Basin  is  approximately  100km  long and  about   20km  wide  and  is  comparable  in length    to    the    Lokichar Basin    in    Kenya (approximately 150km long and 25-30km wide). The 2014 work programme intends to add to the joint venture’s understanding of the unexplored portions    of    the    basin, where   additional prospectivity against the basin bounding fault is expected.

“We are very pleased with the fact that the seismic work in Kilombero identified such a significant structure as Kito. We are also encouraged by the fact that, with only one quarter of the basin surveyed, additional leads that were not addressed in RISC’s assessment, there remains considerable potential within the Kilombero basin that the joint venture will commence addressing in the coming year,”said Dr. David Mestres Ridge CEO Swala Energy.