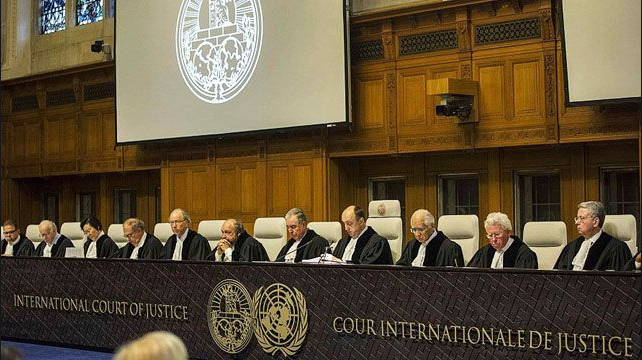 A sixteen-judge bench on the 2nd of February, delivered its preliminary “Judgment”. The judgement was based on the initial objections raised by Kenya in the case concerning Maritime Delimitation in the Indian Ocean (Somalia v. Kenya). The questions raised by Kenya, involved the invoking of the compulsory jurisdiction of the court and the admissibility of the application as noted by Somalia. According to Kenya, the point of contention involved the reservation of the 2009 MOU, an agreement signed between the two countries where both parties had agreed to an alternative method of resolving the issue on ‘delineation of the continental shelf’. Citing, the option to exhaust the alternative method of settling of disputes as provided in the MOU thus, rendering the case invalid for hearing before the court. However, in its judgement, the court dismissed the objections and thus, agreed proceed with the maritime delimitation ‘case’ between Somalia and Kenya in the Indian Ocean. First, to understand the case at hand, it is imperative to evaluate several key issues which involves institutional structures and legal instruments as presented before the court prior to assessing the ongoing the facts of the case and eventually weighing in the preliminary judgement.

The Court has a twofold role:

The role of the CLCS is to make recommendations to coastal States on matters related to the establishment of the outer limits of their continental shelf beyond 200 nautical miles, in relation to disputed maritime areas. The CLCS requires prior consent of all the States concerned before it will consider submissions regarding such areas.  According, to Article 76, paragraph 8, of UNCLOS, any State who is a party to the Convention intending to establish the outer limits of its continental shelf beyond 200 nautical miles shall submit information on such limits to the Commission on the Limits of the Continental Shelf (CLCS).

Thus, the case in question relates to the adjacent coasts of both states situated in East Africa. Somalia raised an interest to delaminate its boundaries from that of Kenya’s. Notwithstanding, out of “good faith’ in 2009 both parties signed a MOU agreeing to grant to each other no-objection in respect of submissions made to the CLCS on the outer limits of the continental shelf beyond 200 nautical miles. To which paragraph 6 of the MOU provided that : “[t]he delimitation of maritime boundaries in the areas under dispute . . . shall be agreed between the two coastal States . . . after the Commission has concluded its examination of the separate submissions made by each of the two coastal States and made its recommendations . . .”.  Additionally, as constituted in the agreement (MOU) tboth parties agreed to   “have recourse to another method of settlement….”

However, on 28August 2014, Somalia instituted court proceedings against Kenya notwithstanding the MOU in place, requesting the court to review and resolve, the complete course of the single maritime boundary dividing all the maritime areas pertaining to Somalia and to Kenya in the Indian Ocean, including the continental shelf beyond 200 nautical miles.  Based on the first role of the court, which is to consider the applications of international law in relation to jurisdiction, Somalia invoked the declarations recognizing the Court’s jurisdiction as compulsory thereby requesting the court to hear the case at hand. Eventually, leading Kenya to present two preliminary objections: one concerned the jurisdiction of the Court, while the other involved the admissibility of the Application.  Kenya’s argued that the Court lacked jurisdiction since it cited the reservations as provided in the MOU where both parties agreed “to have recourse to some other method or methods of settlement”.  Kenya argued that the MOU constitutes an agreement to have recourse to another method of settlement.

The court recognised the validity of the MOU as a “valid treaty” in relation to no-objection between parties, enabling the CLCS to make recommendations including the existence of a dispute between the parties regarding the delimitation of the continental shelf. However, on the other hand after reviewing paragraph 6 of the MOU the court interpreted the object and purpose of the MOU, not to constitute the whole maritime boundary between the Parties as requested by Somalia. Thus, suggesting that the MOU in ‘principle’ did not create a dispute settlement procedure for the delimination of that entire boundary, but only created a dispute settlement procedure for delineation of the continental shelf. Additionally, as per the intent of the MOU the court identified with the engagement of negotiations which is often taken with the view of reaching an agreement and not necessarily to proscribe a method of dispute settlement. In other words, the dispute settlement clause would by default render the intention of the MOU obsolete. Also, the court pointed out that despite the instruments in question, parties could have negotiated supplementary agreements before obtaining the recommendations from CLCS. Finally, the court noted the language within the MOU which reiterated the process leading to the delineation of the outer limits of the continental shelf beyond 200 nautical miles is to be separated from the delimitation of the maritime boundary between the Parties. Thus, implying that delimitation of the maritime boundary could be undertaken independently of a recommendation of the CLCS.  It was with the above-mentioned reasons that the Court concluded that the MOU does not constitute an agreement by the Parties “to have recourse to some other method or methods of settlement”. Therefore, it does not fall within the scope of Kenya’s reservation to its declaration recognizing the Court’s jurisdiction.

In relation to admissibility of application the court rejected that the preliminary objection raised by Kenya. First, Kenya argued that the MOU constituted a valid ground for negotiations to delimit boundaries however, as determined above, since the court rejected that the MOU did not contain such an agreement, hence upheld the admissibility by Somalia. Secondly, Kenya contention involved Somalia’s withdrawal of consent to the consideration by the CLCS of Kenya’s submission was in breach of the MOU. The Court determined that the violation by Somalia from the treaty does not “per se” affect the admissibility of the application

Overall, the unravelling of the case will be an interesting not only to the legal fraternity but also to the exiting boundaries in the east coast of Indian ocean. The current contentions raised by Somalia is that the boundary between her and Kenya should extend diagonally to the south at Kiunga into the sea, and not eastwards as it is today. A concern that eventually might impact the Kenya/Tanzania border.  Regrettably, it can be argued that Kenya’s objections were not sufficient to deter the court from making such a hard-line judgement. The emphasis laid by the Kenyan counterparts more so from the Attorney general was the collaborations and co-operations in relations to the peace process, which despite the critical role played by Kenya it is not the pertinent  the issue at hand.

Berryl Claire Asiago is an energy lawyer in pursuit of her doctoral studies at the UEF law school, in Joensuu Finland.