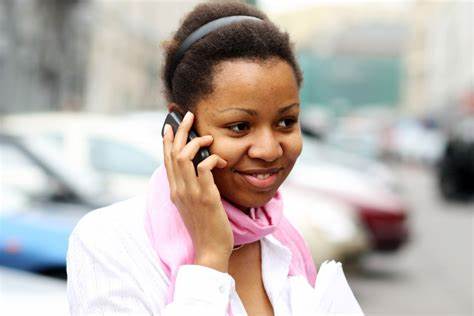 The mobile revolution has immensely transformed the lives of Kenyans, both communication-wise and also in terms of simplifying financial access. The phone-based money system popularly known as M-PESA introduced in 2007 by Kenya’s biggest mobile provider, Safaricom has made the exchange and transfer of money safe and easier. Being relatively more convenient than banking, mobile technology is accessible 24 hours a day, and totally eliminates the cumbersome processes of having to go through the bank to complete transactions. Smaller transactions such as shopping and paying for miscellaneous utilities are available at the palm of your hand. For example, you can easily transfer money from your M-PESA account to Betway, the same way you can withdraw winnings from https://www.betway.co.ke straight to your mobile phone.

With an estimated population of 50 million, 90 percent of Kenyans are mobile users, with over 82 percent using M-PESA services regularly. The widely embraced system has caused banks and other financial institutions to rethink their positions, with bank-integrated mobile systems taking shape. Inevitably, banks were losing out majorly due to the constantly rising mobile technology, as more and more people opted to use the shorter route.

And just when these banks were looking for ways to counter mobile money transfer, other operators like Airtel (formerly Zain) and Telkom got onboard. The main reason these two operators decided to follow Safaricom’s M-PESA was due to the fact that they were losing their newly acquired clients at an alarming rate, and Safaricom had found an effective way to catch new customers. The battle was no longer between Safaricom and banks any more, but between all stakeholders involved.

The line had already been drawn

Mobile technology was the way to go, what remained was to pick up the pieces and make what was already there better. It was a real challenge, but the competition between parties involved was welcome as it hastened new developments, and seemed to make things easier – and cheaper for customers. The banking sector was losing out big time, but it was never at risk of closing down.

M-PESA had its limitations, for example, huge transactions could not be done through mobile phones, but only through banks. It is adequate to say that regardless of the few limitations associated with mobile technology, it keeps serving as the most convenient way of handling payments, including public utilities and shopping.

Today, Kenya ranks among the top African countries to embrace software technology, with a host of ground-breaking innovations coming up. The support from the ministry, and a good infrastructure for development has resulted in more scholars pushing for new technological innovations geared towards improving mobile technology for better lives.

The fact that the government has given its people a free hand has allowed the sector to flourish big time, unlike in other African countries where regulations are too rigid to allow for any new development. A good breeding space has been the iHub, a center of innovation where research is the order of the day. Giant tech companies such as Google and Microsoft have been working closely with young innovators through works of research to identify and nurture new innovations. International investors have also taken interest, with the number of those willing to fund new projects constantly on the rise. It is projected that over 1 million Kenyans will be directly employed by the country’s IT sector by the year 2020, a target looking increasingly achievable from the look of things.