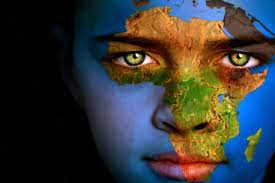 Oil demand in sub-Saharan Africa (SSA) grew by a massive five per cent year on year between 2011 and 2012, outstripping both China and India, new data from African energy experts CITAC shows.

The figure excludes growth in Nigeria, where the fallout from subsidy-related fraud has clouded the reliability of demand data, according to the downstream consulting company’s Annual Review of the state of the SSA oil industry, published this week.

CITAC forecasts that SSA oil demand will continue to grow at a constant rate of 4.5% year on year through to 2014 while China will grow by only 3.7% and India by around 3% over the same period.

To put this level of increased demand into perspective, every additional 10 million tons of oil product imported per year equates to approximately 330 30-40 kt MR-sized vessel movements into Africa. The infrastructure needed to cope with this volume increase is simply not in place, say CITAC.

The implications of this demand explosion are significant not just in infrastructure, CITAC says. In recent months, the group has published a series of reports on ‘Barriers to Greater Downstream Oil Integration’ in Africa, highlighting the urgent need for regional organisations to devise common policies on pricing, tax, subsidies, specifications and the elimination of non-trade barriers. Without such policies, current GDP and oil demand forecasts may never be realised.

Some infrastructure projects are already underway, however, CITAC notes. Major developments in 2012 included a new single point mooring in Dar es Salaam, progress on clean product pipelines in South Africa and Côte d’Ivoire, and the continuation of expansion works at the Sonara refinery in Cameroon. Plans for new refineries in Angola, South Africa and Uganda continue, albeit slowly, the company says.

All this is against the backdrop of another difficult year for the international and African refining industries. News that Kenya’s KPRL refinery at Mombasa may be converted to an import terminal is a potentially major challenge for the East African region, and highlights further the need for the development of oil related infrastructure.