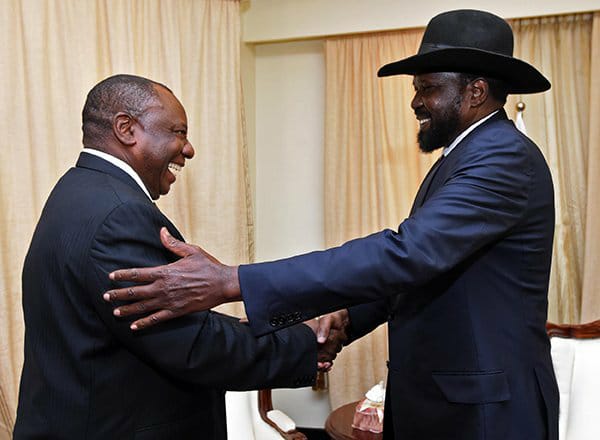 The February peace agreement that was struck between the government of South Sudan and opposition forces could help to reignite interest in the country’s oil industry. Restrictions imposed to mitigate the impact of the Coronavirus pandemic have temporarily halted a planned upstream licensing round but the improved security situation in oil-producing areas should allow for new investment in existing fields and exploration work in prospective areas.

South Sudan’s economy is overwhelmingly reliant on oil exports, a situation that has changed little since its  independence from Khartoum in 2011. The government is eager to diversify the economy but that will be a long process and the infrastructure and training needed to open up other sectors will largely be financed by oil revenues, so the industry will be crucial to the country’s long-term economic and developmental prospects.

Conflict dominated the post-colonial period while South Sudan was still part of Sudan, with civil wars in 1956-1972 and 1983-2005. Many people died in the conflict, with many more forced from their homes, entrenching poverty in an already underdeveloped region. Oil production of the two combined countries peaked at 480,000 b/d prior to independence, despite the impact of fighting in their common borderlands on upstream development.

With the benefit of hindsight, it is perhaps not surprising that it was difficult to transition from armed conflict to settled peace after 2011 and opposition groups took up arms against government forces from 2013. However, a peace deal was finally struck in September 2018, with the support of a wide range of mediators including the United Nations, African Union and European Union, plus governments within the region, including the new, more liberal administration in Khartoum.

A more binding peace agreement was concluded in  February 2020, with a power-sharing deal setting out the management and distribution of the country’s economic resources, including oil reserves. Negotiations over the governance of oil-producing areas, such as Upper Nile and Unity states, were particularly difficult but a Transitional Government of National Unity is now in place.

The Ministry of Petroleum has embarked upon a series of reforms to increase oil production, empower local companies and maximise the benefits of the oil industry to the wider country. It aims to undertake a comprehensive review of petroleum legislation, while South Sudan’s first licensing round for new acreage is planned for early 2021. It was originally scheduled to be launched by this April but had to be postponed after the Covid-19 pandemic made it logistically impossible.

A total of 14 blocks will be offered in the round, which the government hopes will attract new investors into the upstream sector to engender more competition with the established players in the South Sudanese oil industry – China National Petroleum Corporation, Petronas of Malaysia and India’s Oil and Natural Gas Corporation. The Ministry of Petroleum is particularly keen to encourage western oil companies to invest, as many western firms pulled out of the country during the conflict.

Dr Neil Alexander Ford is a freelance consultant and journalist, specialising in African affairs, the energy sector and political and security risk. With a PhD in East African international relations from the University of Edinburgh, he writes bespoke reports and works as an expert witness on international affairs. He has 20 years of experience as a journalist on magazines, newspapers and websites, including as a magazine editor.