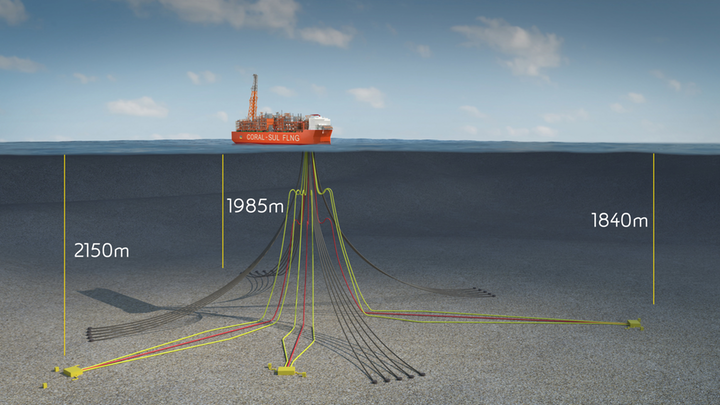 Over two months since the Coral-Sul FLNG was unveiled, the continent’s first-ever deep-sea floating Liquified Natural Gas (LNG) facility has reached, marking paving the way for offshore gas production. According to the National Petroleum Institute INP the 220 000 ton vessel FLNG reached in Area 4 of the Rovuma Basin last week seven weeks after it sailed away from Samsung Heavy Industries in South Korea.

The 432 meters long and 66 meters wide is critical to the Eni-operated Coral South project and has the capacity to liquefy 3.4 million tons of natural gas per year from six subsea wells.

The FLNG will be now towed and moored at its operating site in the Rovuma basin offshore Mozambique. Once the FLNG facility will be in place, the installation campaign will begin, including mooring and hook-up operations at a water depth of around 2,000 meters by means of 20 mooring lines that totally weight 9,000 tons.

In 2016, Eni and JV signed an agreement to sell 100 percent of LNG production to British Petroleum (BP), and on 1 June 2017 embarked on the start-up phase of the project, just three years after drilling the last test well. The gas will be sold by Eni on behalf of other Area 4 concessionaires (including CNPC, Galp, Kogas, the Mozambican state company ENH and Exxon Mobil through its operator Mozambique Rovuma Venture S.p.A.) to BP, under a 20-year contract with an optional 10-year extension.