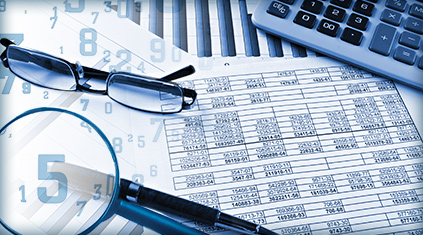 It was my first international audit assignment in what looked like a very complex environment. I didn’t know the weight of the task that waited ahead of me. How would a management transition audit (in a producing oil company) be successfully carried out by three people? I asked my boss who was a longtime seasoned accountant; from whom I had learnt a couple of advanced excel tricks like pivot table and reconciliation to be precise.

A few weeks earlier we had just concluded an internal audit exercise. As highly valued as HSE department is in Oil and Gas Industry, no one would be shocked when its annual expenditure almost exceeded that of acquiring seismic data services. But I constantly insisted something was not adding up and off course the auditing software we used kept on red flagging similar doubtful components.

Apparently, the HSE manager had mastered how to perfectly put the Managing Director’s signature in his Request For Purchase or Service (RFPs/RFSs) forms. The Finance Manager without knowing would promptly sign what his boss (the MD) ‘had approved’. After all, his boss was a busy man who always travelled between continents, calling or emailing him for mere confirmation could perhaps been a distraction and a sign of mistrust.

This is how this crafty fraud kept alive for years before being noticed. When I was new in this organization and had not been made an auditor, I actually started off as an administrative clerk. This guy would often take me out for lunch in his luxury cars (after having run him office errands), he owned a cool BMW, Mercedes Benz, VW and had shown me photos of a Nissan Navara that was being shipped from the UK. He had also boastfully mentioned that he was soon completing the construction of a two storey bungalow and would be leaving the city chaos for a tranquil outskirt.

Two years down the line, he didn’t know I’d be an auditor and would be required to shade light (to senior management) as to why his department was the most costly to run. Having had access to the entire company’s payroll information, it stood out that he was actually the most highly paid employee after the MD and his fellow expatriate (finance manager). Earning almost 10,000 US dollars per month. This finding couldn’t save him from further scrutiny, yes it would defend his luxury living but failed to explain where he took the 1Million dollar expenditure budget from his department. He didn’t spend it all on refilling fire extinguishers and purchasing a few safety equipment. Never. After keenly joining dots, my boss and I concluded he used briefcase companies to swindle the money out into his personal projects.

Disappointingly enough, this individual denied me the reputation to see him grilled in a disciplinary meeting because the moment he learnt he’s been unmasked, he quickly tendered his resignation letter and vacated the building.

It is this particular exercise that led to my recommendation for an international duty; a duty in a completely different set up. I (financial audit) was accompanied by my chief accountant (tax audit), legal manager (compliance audit), and finance manager.

Three weeks into the audit assignment, still I hadn’t gotten any material finding. My two learned colleagues (chief accountant and legal manager) were busy going through files and other relevant records, had made good progress at compiling reports, spent sleepless nights consulting each other; whilst mine was to be taken through the accounting system and note any prevalent weaknesses .They couldn’t understand why my only audit aid tools were a mere HB pencil and a small laptop.

The fourth and fifth weeks came, still nothing, besides a few segregation of duty errors in the accounting system. I had to ask for an extension. Good enough my visa would allow.

The sixth week is Carnival in Brazil, everyone everywhere is excited, and work is brought to a standstill. My colleagues are doing final touches on their respective reports; well analyzed and presented. The company’s executives are happy. They’re starting to pack ready for a return flight.

That night I went out. Just to drink out my sorrows for a non performing spell. I knew my bosses would not accept that with the kind of my skills I had failed to find something. How I wish they had known that auditing wasn’t about wrong finding but working on strengthening weak controls.

I was however convinced that something was not right with two tenders. One for a lease of more than 90 cars (6 armored, for executives) and two for hire of a drillship. I have to revisit these two scenarios. How could an evaluating committee set such a weak criteria for high value million dollar tender? And how could the cost of hiring the same drillship within the same block and tax jurisdiction area cost more than half a million dollar from the previous hire? Could the difference of drilling just 50 meters (deeper than the previous well) be a varied reason? Or could there be any unreported standby charges for fear of accountability?  Or had a performance bonus been awarded to the drillship upon hitting the much anticipated oil and later claimed in form of a kickback?

Today, I’ll disclose to you how through a deliberate and malicious intention burning in the mind of the chairperson of an evaluation committee, a criteria was set to defraud a company more than 900,000 US Dollars. Yes 0.9Million USD. This was in the supply of cars tender. Among other unnecessary evaluation prerequisites; a dumb component ‘OTHERS’ had been tactically used to award more points to a bidder who would later offer a kickback whilst denying other competitors points. One red flag that stood out was the fact that this particular tender was awarded to a third party (definitely a broker) while the car manufacturer though had offered a price as low as 40% was kicked out. Although I didn’t do a comprehensive report as my colleagues did, this one huge finding accorded me equal treatment and maybe more I guess.

“Operators in the oil and gas industry are complaining of high expenditures and are going to an extent of desperately cutting down costs, revising FIDs, naive enough (doing away with internal audit departments among other key personnel).An external auditor who looks at your books from a comfort zone won’t be reliable as an in house auditor (who often understands the lifestyle of employees) and at large understands the entire corporate culture and structure.”

Kenya has so far witnessed close to five legal battles in the oil and gas industry; from all these, a compliance component has been touched. From Adamantine vs Bowleven to Afren (EAX) vs Taipan Resources (Lion) to FAR vs Pancontinental to Vanoil vs GoK and currently Zarara vs BGP. If you’re compliant to PSCs/regulatory laws for instance, your license will not be provoked. If you adhere to Joint Operating Agreement(s)/JOAs, there would be less or no misunderstandings with your JV partners. Compliance needs a robust mechanism for it to thrive; you need it both in human capital, systems and the corporate environment.

John Chacha Jr. is a Member at the Global Institute of Internal Auditors and a CIA Finalist. He has ( for 6 years) served within the Accounting, Finance, Internal Control & Compliance Departments in the Oil & Gas Exploration and Production (for major IOCS); working closely with the senior management, legal council, external auditors, regulators & government authorities. His experience also cuts across operations, allowing him to knowledgeably present an accurate analysis of the industry activities. John has since 2012 worked on different drilling campaigns across the African terrain & abroad. His exposure in diverse and complex tax regime & jurisdictions makes him outstandingly ideal for his current role of consultancy (Projects & Strategies).

This an author’s own opinion and do not comprise the thoughts of any professional bodies affiliated to him.

Reach the author through: john.mshenga@zu-lais.com