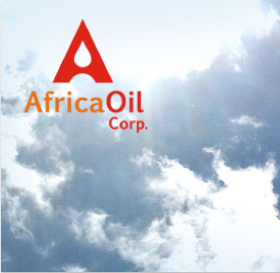 The Company and its operating partners in the Kenyan blocks are actively exploring for oil as described below.

The Company has completed a series of six well tests at the Ngamia-1 discovery. The cumulative flow rate from the six well tests was over 3,200 bopd constrained by completion techniques and surface equipment. With optimized completion techniques and surface equipment it is estimated that these combined flow rates would increase to a rate of 5,400 bopd. Five of the well tests were completed over the Auwerwer sandstones to verify reservoir quality and fluid content which appears of similar quality to those tested at the Twiga South-1 well in the same basin. High quality waxy sweet crude (25-35 degrees API) was flowed from all five zones in the Auwerwer formation with good quality reservoir sands encountered. One well test was conducted in the Lower Lokhone sandstone proving it to be a productive reservoir with 30 degree API oil. All zones produced dry oil with no water produced and no pressure depletion. As a result of testing several previously indeterminate zones in the well, net oil pay in the Ngamia-1 well has double to over 200 meters over a gross oil column of over 1,100 meters.

In July, the Company announced a new major oil discovery at Etuko-1. Etuko-1 is located 14 kilometers east of Twiga South-1 in Block 10BB and is the first test of the Basin Flank Play in the eastern part of the discovered basin in Northern Kenya. The well encountered approximately 40 meters of net oil pay in the Auwerwer and Upper Lokhone targets and approximately 50 meters of additional potential net pay in the Lower Lokhone interval. Testing of the well will commence during November. Following testing operations an appraisal well will be drilled from the same well pad to test a shallow Auwerwer zone that was not able to be properly evaluated in the Etuko discovery well. There are a number of follow-on prospects on trend with Etuko-1, the first of which is Ewoi-1, which is expected to spud before year-end.

The Amosing-1 exploration well, located south of the Ngamia-1 discovery and also along the Basin Bounding Fault Play, is scheduled to commence later this month.

The 2D seismic crews operating in Block 10BB intend to acquire approximately 1,128 kilometers of 2D seismic during 2013. Much of this program will be focused on defining prospects in the South and North Kerio Basins, with the aim of defining drilling prospects for the 2014 exploratory drilling program. In addition, the Company and its partner have commenced a 550 square kilometers 3D seismic survey over the Ngamia and Twiga South structures in Block 10BB and Block 13T combined.

The current exploration phase under the Block 10BB PSC, which expires in July 2014, includes a commitment to drill one exploratory well and acquire 300 square kilometers of 3D seismic. The planned work program in Block 10BB will exceed the PSC commitment.

Block 13T
During the first quarter of 2013, the Company and its partner, Tullow, conducted well testing operations at Twiga South-1, which resulted in a cumulative flow rate of 2,812 bopd from three zones, despite being constrained by surface equipment. With optimized production equipment, the cumulative flow rate is anticipated to have increased to a cumulative rate of approximately 5,200 bopd. High quality 37 degree API waxy sweet crude flowed from all three zones in the Auwerwer formation with good quality reservoir sands encountered. The well was suspended as a potential future production well.

In September, the Company announced a new oil discovery at Ekales-1 located in the Basin Bounding Fault Play between the Ngamia-1 and Twiga South-1 discoveries. Logs indicate a potential pay zone of 60 to 100 meters which will be confirmed by flow testing. Well testing will commence later in November utilizing the recently mobilized Tullow-Africa Oil joint venture testing and completion rig.

The Company has recently commenced the acquisition a 550 square kilometer 3D seismic survey over the Twiga South and Ngamia structures, in Blocks 13T and 10BB combined.

The current exploration phase under the Block 13T PSC, which expires in September 2014, includes a commitment to drill one exploratory well, which was satisfied with the drilling of Twiga South-1, and a commitment to acquire 200 square kilometers of 3D seismic. The planned work program in Block 13T will exceed the PSC commitment.

Block 10A
In the first quarter of 2013, the Company and its operating partners on Block 10A completed drilling the Paipai-1 exploration well. The Paipai-1 well tested a large four-way closed structure with Cretaceous-age sandstone targets at multiple depths. Paipai-1 spudded in September 2012 and completed drilling in the first quarter of 2013 to a total depth of 4,255 meters. Light hydrocarbons were encountered while drilling a 55 meter thick gross sandstone interval. Attempts to sample the reservoir fluid were unsuccessful and the hydrocarbons encountered while drilling were not recovered to surface. The Company and its partners were unable to test the well at the time due to the unavailability, in country, of testing equipment capable of handling the higher reservoir pressures encountered at this depth. As a result, the well has been temporarily suspended pending further data evaluation. A well test for Paipai-1 is being scheduled for 2014. Paipai-1 fully satisfied the remaining work obligations for the initial exploration period, which was extended to January 2014 to allow for evaluation of the well results. The rig was subsequently mobilized to Block 10BB (Kenya) to drill follow-up prospects in the discovered basin in Northern Kenya.

Block 10BA
The Company and its operating partner on Block 10BA, Tullow, have concluded a 1,450 kilometer 2D seismic program, split evenly between onshore and offshore, half of which was acquired in 2013. Plans are currently being made to acquire an additional 250 kilometers of 2D seismic program offshore. The 2D seismic acquired to date exceeds the work obligations of the initial exploration period under the Block 10BA PSC which expires in April 2014.

Block 9
The Company and its partner are currently drilling the Bahasi-1 exploration well in Block 9, and expect to complete the well in November. Block 9 is in the Cretaceous rift basin on trend with the South Sudan oil fields and the play concept was confirmed by the recent Paipai-1 well drilled in Block 10A. Two major prospects, Bahasi-1 and Sala-1, with large volume potential were identified by 2D seismic. Following drilling of the Bahasi-1 well, the Company and its partners will mobilize the rig to drill the Sala-1 exploration well, which will spud around year-end. Access road and well site construction are ongoing for the Sala-1 well. The Bahasi-1 well will satisfy the remaining exploration commitment for the second exploration period under the PSC which expires in December 2013. Discussions are ongoing with the Government of Kenya to enter the final exploration period under the PSC which will expire in December 2015. The Sala-1 well would fulfill the minimum work obligation under the final exploration period.