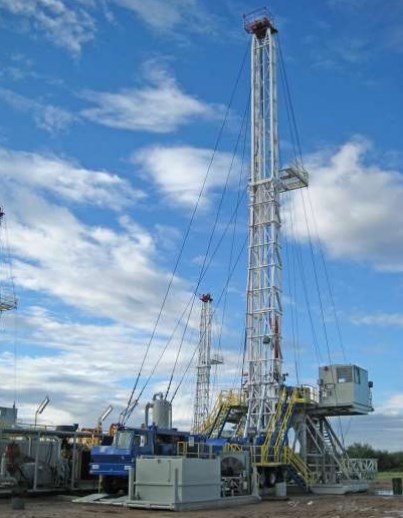 After months of protests and campaigning, youth climate activists in Namibia are urging the public to send an email to Namibian President H.E. Dr. Hage G. Geingob to save the Okavango Delta from the threat of oil exploration in the environmentally sensitive area.

Last year, news that a Canadian oil and gas exploration company, ReconAfrica, planned the go-ahead with “conventional” and “non-conventional” drilling (ie fracking) in some of Africa’s most sensitive environmental areas sent shockwaves all over the world. The gas giant indicated that it planned to begin oil exploration in the Namibian headwaters of the Okavango Delta and the Tsodilo Hills, a World Heritage Site in Botswana.

Youth climate activists in the Namibian capital, along with several other environmental and human rights groups, reacted with international calls from all fronts to prevent the impending environmental catastrophe that not only impacts the area’s biodiversity – which includes a number of endangered species – but also communities who depend on the Kavango Basin to sustain their livelihoods. [2]

“The oil needs to stay in the ground,” said Ina-Maria Shikongo, a Fridays for Future (FFF) activist in Windhoek. “The exploitation would be a catastrophe – not only for the global climate, but also for wildlife, water resources and the livelihoods of local people”.

The ecological impacts of the projects are likely to be devastating. It would not only threaten bodies of water in the dry savannas of Namibia, but also Botswana’s UNESCO World Heritage Site, the Okavango Delta, with its unique biodiversity and huge populations of elephants, hippos, rhinos and birds. Tourism, an important source of income, is in danger while other livelihood strategies of indigenous San and local people also hang in the balance.

The project has already left a number of communities in the northeast of Namibia displaced, and those affected are afraid to speak up against corrupt politicians involved in the deal. Fridays For Future Windhoek leveraged on last week’s global climate strike to challenge their leadership to address the unjust occupation of land.

“Maybe he needs to see for himself how many people this affects. Maybe then he will understand why we are desperately trying to stop fracking in the Okavango Delta,” said Shikongo.

“They call anyone who stands up to their plan a hooligan. They’ve even called me a white environmentalist with an agenda – as if we, black people, do not care about ourselves or our environment,” said Shikongo. “We have to prove them wrong. All Africans must take a stand and tell the Namibian president to do what is best for us and not these industries that use us.”

To date, nearly 150,000 people have signed a petition by Rainforest Rescue supporting their mission to save the Okavango Delta.