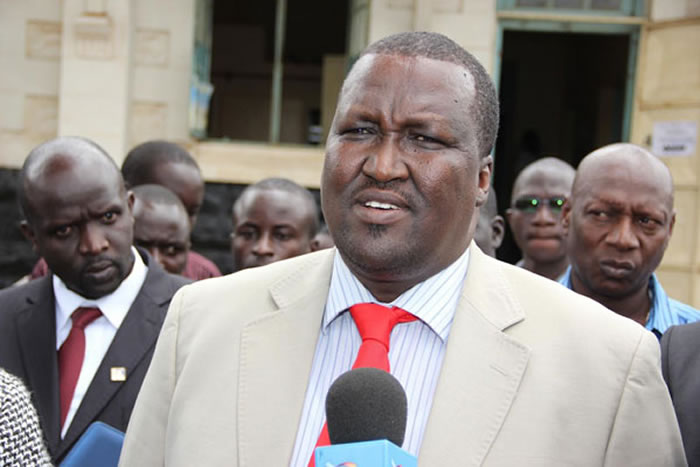 Former Senator and Member of Parliament for the oil rich Turkana County John Munyes has been nominated to head the Petroleum Ministry after the splitting of the Energy and Petroleum ministry formerly held by Charles Keter.
In the new cabinet appointments President Uhuru Kenyatta named Munyes as cabinet secretary in the new Ministry of Petroleum and Mining bringing together Petroleum and Mining.
Today’s appointment will be viewed by many as a way of appeasing the Turkana community which has vowed that unless its concerns are viewed oil production will not go ahead with the Early Oil Pilot Scheme planned to commence n Q1 2018.
John Munyes is a seasoned politician born in 1966and has been elected member of Parliament for Turkana North from 1997 to 2013 after which he was elected senator for Turkana county. He has in the past served the government as an assistant Minister, Ministry of water & irrigation, Minister of State for Special Programmes (Office of the President), Minister for Water and Irrigation, and minister of labour.
John Munyes holds an undergraduate degree from St Francis University and has previously worked with Oxfam and Unesco.

Former principal secretary in the state department of petroleum Andrew Kamau will keep his earlier docket.