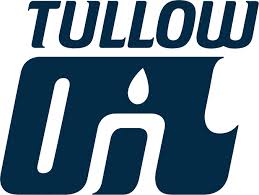 In 2012, Tullow generated sales revenue of $2.3 billion. Governments received $573 million in taxes, royalties and other payments and over three million barrels of oil in relation to petroleum agreements from Tullow.

In monetary terms, based on Tullow’s 2012 average realized oil price of $108 per barrel, this equates to approximately $332 million. In total, this is equivalent to $905 million.

On a regional basis 87% or approximately $790 million of this will be paid to governments in Africa.

“At a regional and country level we are disclosing all payments and taxes to government in relation to our major development projects and key producing assets,” Tullow Chief Financial Officer Ian Springett said in a statement.

“Oil is not a renewable resource, but it is a remarkable source of wealth creation that can kick-start a country on the path to sustainable economic growth. However, for oil wealth to be a blessing, it must be well-managed, and transparency is a critical first step towards achieving this. In order to play our role in promoting greater transparency, this year we are publishing the social and economic contributions that Tullow makes where we operate, including all payments to governments,” Simon Thompson, Chairman.

Tullow CEO Aidan Harvey says the company has worked hard and invested heavily to become Africa’s leading independent oil company hence it is  important it is for the company to demonstrate and communicate the principles of how we run its business and the meaning of ‘creating shared prosperity’.

“One of our founding principles was zero tolerance of bribery and corruption. That has not changed over the course of nearly 30 years in business.” Says Harvey.