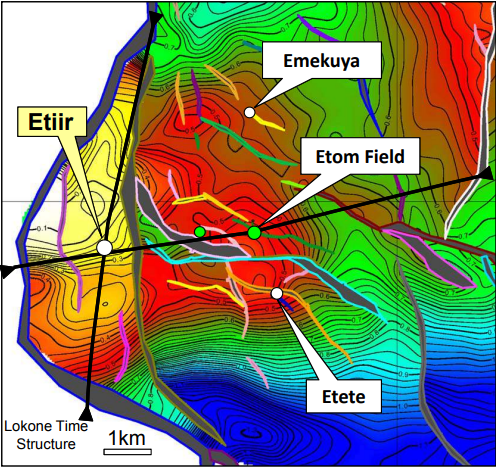 The Etiir-1 exploration well, which targeted a large, shallow, structural closure immediately to the west of the Greater Etom structure, spudded in late June and dry with no material reservoir development or shows encountered according to block operator Tullow Oil in its latest half year results update.

According to the Irish explorer the Etiir-1 exploration, whereas unsuccessful, helped define the westerly extent of the Greater Etom Structure which has witnessed a number of discoveries. The Etiir-1 well targeted a total depth of less than 1500 meters.

The Etiir well is among four wells that have been planned by the JV including the Erut-1 and the Emukuya-1 discovery wells. The Erut-1 proved that oil has migrated to the northern limit of the South Lokichar basin while Emukuya-1 discovery demonstrated oil charge across a significant part of the Greater Etom structure and further de-risked the northern area of the basin.

Meanwhile the JV Partners also drilled the Amosing-6, Ngamia-10, and Etom-3 appraisal wells, of which results will being incorporated into ongoing field development planning activities.

A further three wells are planned this year with drilling underway to test an undrilled fault block adjacent to the Ekales field. The Ngamia-11 appraisal well will be drilled and completed for use in an extended water flood pilot test in conjunction with the Early Oil Pilot Scheme (EOPS) and the Etete exploration well is planned to test a prospect adjacent to the Greater Etom structure. Further locations are currently under evaluation to be added to the programme.

Water injection testing on the Amosing and Ngamia fields has been successfully demonstrated and underpins the feasibility of water injection for the development of these fields.