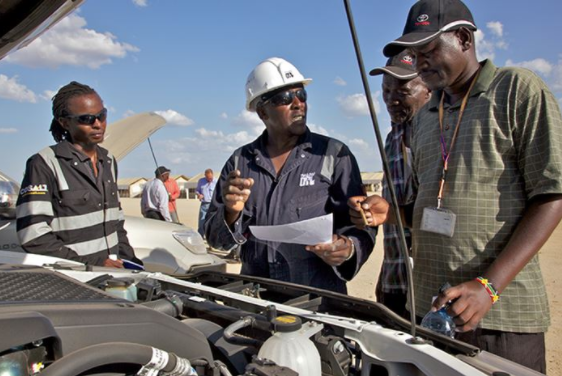 Tullow Oil will in the next two months end the light vehicles scheme which started in 2014 with the company signing a deal with Toyota Kenya to lease and buy 40 vehicles at a cost of $2.5 million which were offered to Turkana based companies to offer services to the oil explorer.

The scheme part of the company’s efforts to increase the participation of local businesses within its supply chain and ensure that the community participated in the oil and gas sector saw 40 Turkana based companies of the 60 that bid take over the lease and buy rights from Toyota for three years after which they would acquire full ownership.

The 40 vehicles were distributed among the various regions in Turkana with Turkana East, South, Central and North businesses each getting 9 vehicles while Loima and Turkana West each received 2 vehicles

The vehicles were further modified to fit them to industry requirements to work across the operational areas in blocks 10BB, 10BA, 12A and 13T.

Upon receipt of the vehicles the businesses/contractors were tasked with recruiting a driver who Tullow Oil would proceed and support gain the defensive driving certification in a partnership with Glen Edmunds.

Over the three years Tullow Oil reports there has been zero lost time in line with its overall objective of delivering safe and efficient operations.

Other than the scheme Tullow Oil has also been working with Tai Enterprises Limited, a Kenyan civil engineering firm, since February 2012 as part of our commitment to promote local supplier participation. Tai Enterprises has undertaken civil and structural construction work for Tullow, providing sewerage and waste water facilities, road construction, plumbing, bridges and footpaths. The company promotes local community involvement by hiring local equipment, such as light vehicles, trucks and construction materials.

On human resource Tullow Oil has engaged AMAILO a Turkana based company which is currently supporting human resource development through capacity building recruitment on boarding and general administration on staff welfare.