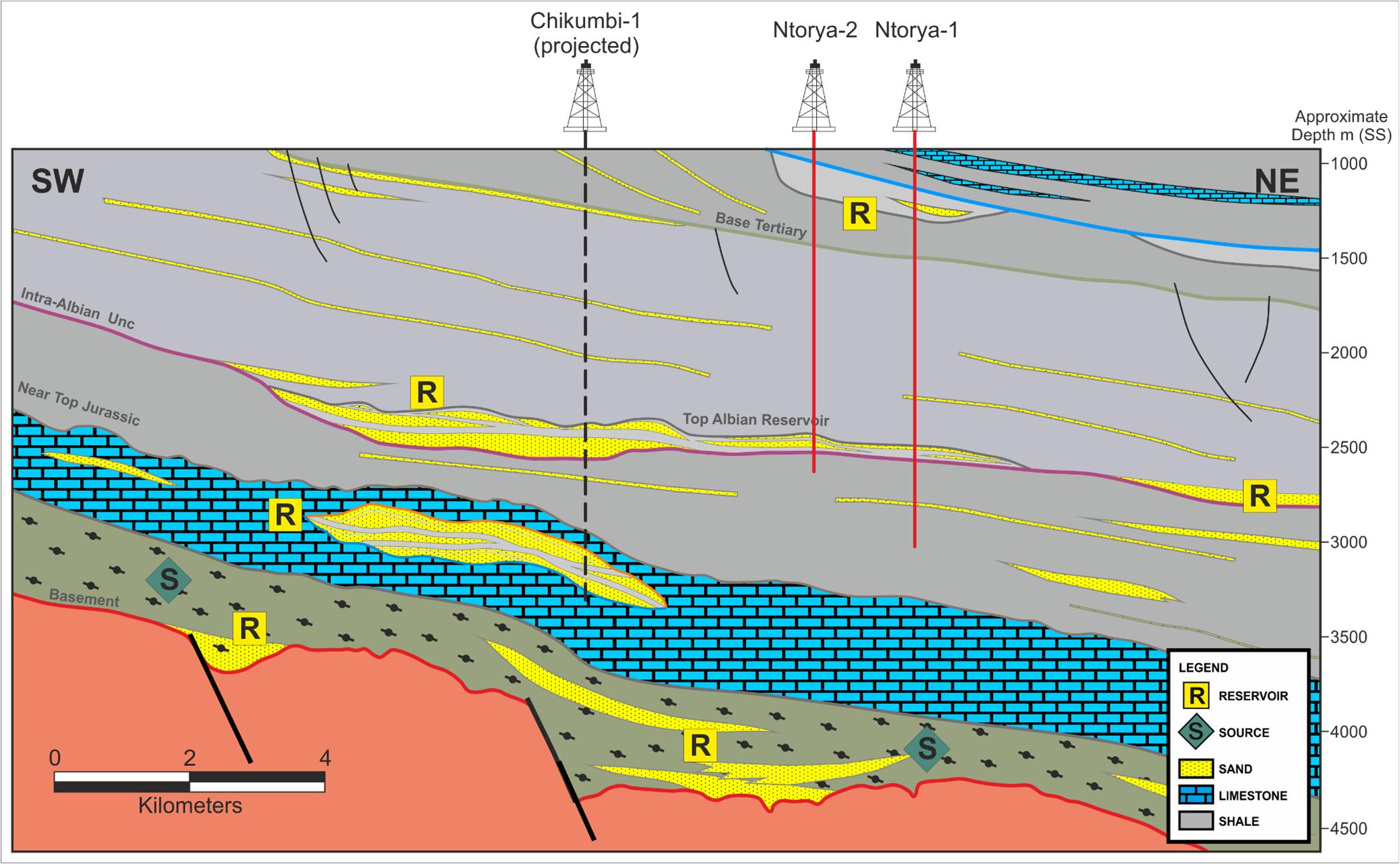 The Ruvuma JV has approved the 2022 work programme and budget which is designed to meet all work obligations under the terms of the licence extension previously announced on 18 August 2021, and furtheradvance the appraisal and de-risking of the existing gas discovery on the licence.

The work programme will concentrate on shooting 3D seismic on the licence area and drilling the Chikumbi-1 well. The associated project budget for the 2022 work programme is approximately US$25 million and under the Farm-Out agreement completed with ARA Petroleum Tanzania Limited (APT) in October 2020, Aminex is fully carried for its 25% participating share of an estimated US$6.25 million.

The Chikumbi-1 well is expected to commence drilling in Q3 2022.

The seismic acquisition and subsequent interpretation will seek to refine and confirm the exploitable gas resources of the Ntorya field. As previously announced, through a re-interpretation of the existing 2D seismic dataset, APT’s revised mapping and internal management estimates suggest a mean risked gas in place (GIIP) for the Ntorya accumulation of 3,024 Bcf (8,236 Bcf unrisked), in multiple lobes to be tested
and a mean risked recoverable gas resource of 1,990 Bcf (5,419 Bcf unrisked).

Charlie Santos, Executive Chairman of Aminex commented:
“This is another positive step in the development of the Ruvuma project, following the extension of the license and the award of the seismic acquisition contract. These developments demonstrate the professionalism and capacity of the operator and the significant progress made on the licence by the JV partners. As we enter this important phase of activity, we would like to thank APT for the significant progress made. We look forward to updating shareholders on further progress in due course.”