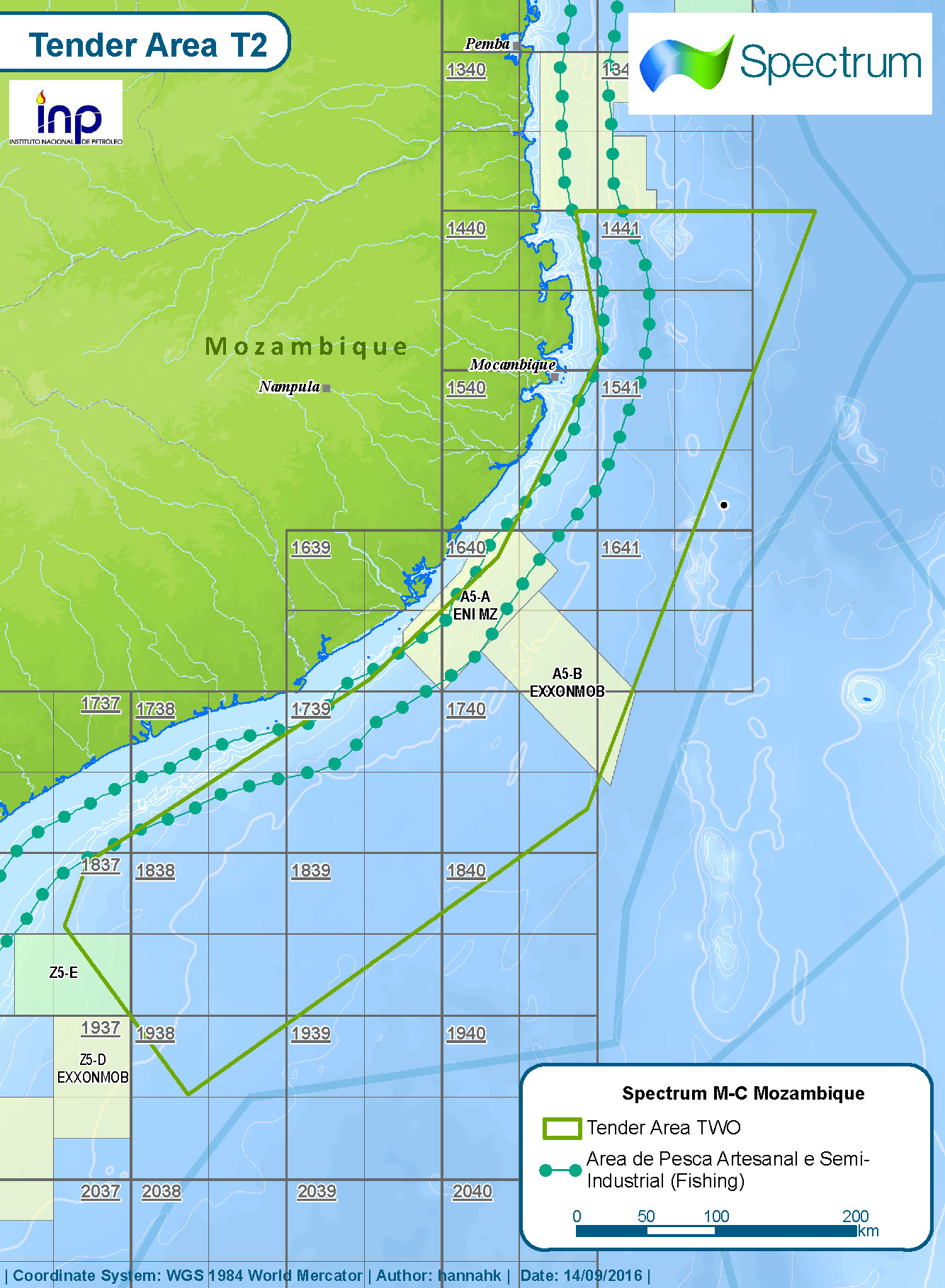 Spectrum has announced the commencement of a 2D seismic survey offshore Mozambique on behalf of the Institute of National Petroleum (INP) and in anticipation of future license rounds.

This new 2D seismic programme of up to 19,000 km will be undertaken utilising a 10,000 m long offset with continuous recording to enable extended recording lengths and high fold data. It is being acquired to complement existing 2013 seismic data located in the Mozambique Channel area which is also available through Spectrum. Gravity and magnetic data will be acquired in conjunction with seismic data to allow for independent verification of structure.

According to Spectrum EVP of the Africa Region, Graham Mayhew the survey will help better understand the area between South Rovuma basin and North East of the Zambezi Delta area.

“This new Multi-Client survey will play a key role in refining our understanding of the hydrocarbon potential offshore Mozambique between the Southern Rovuma Basin and the North-East of the Zambezi Delta, and accelerate exploration in an area considered to be significantly more oil-prone. In addition the data will also provide the basis for future license rounds as planned by INP,” Graham said.

The data will be processed to generate Broadband products with first deliveries in Q3 2018. This survey will be carried out in partnership with WesternGeco and is supported by Industry funding.

Spectrum was awarded the contract for a comprehensive long-offset Broadband 2D multi-client seismic survey in September 2016. As at the time Spectrum said the survey would be a variable grid with lines spaced from 10 km to 20 km, totalling in excess of 16,000 km.