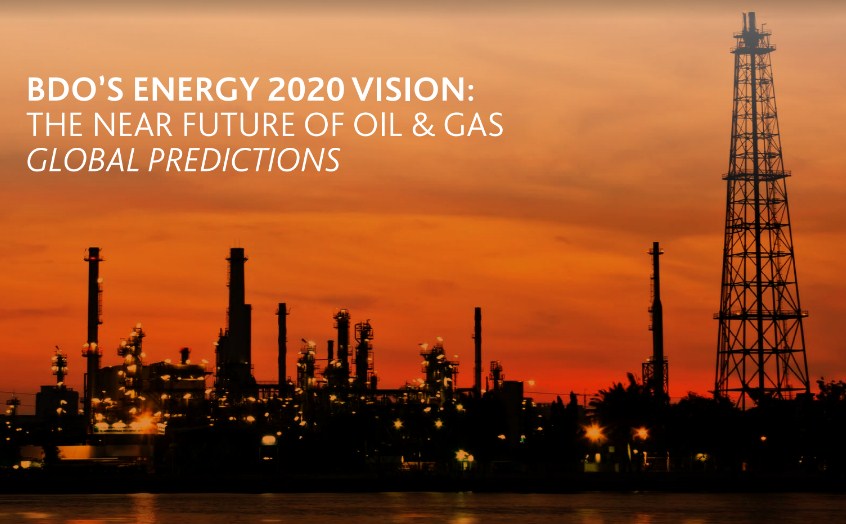 BDO has today published its 2020 OIL AND GAS PREDICTIONS report. The report spotlights four major trends to impact energy sources and infrastructure, forcing legacy national and corporate energy strategies to be entirely revisited. BDO also warns against the next stage in cyber attacks, ‘phlashing’, a cyber crime that turns smart grids against themselves to take hostage a nations’ entire energy infrastructure.

In Canada, by 2020, new accounting rules will be required to respond to new challenges for financial planning, forecasts, and asset management, as oil & gas companies increasingly leverage cloud computing. The US will overtake Australia and Qatar by 2020 to become the number one LNG exporter, discussions about constructing a natural gas pipeline to central America through Mexico standing central in the 2020 presidential elections. In the Middle East, Saudi Aramco will step up the use of local goods, services, and labour, reaching 70 percent localization by the end of 2020, and substitute oil and gas with solar power. By 2020, the UK will be the world’s fracking capital, having developed the most robust planning, licensing, and operating regime for fracking in the world.