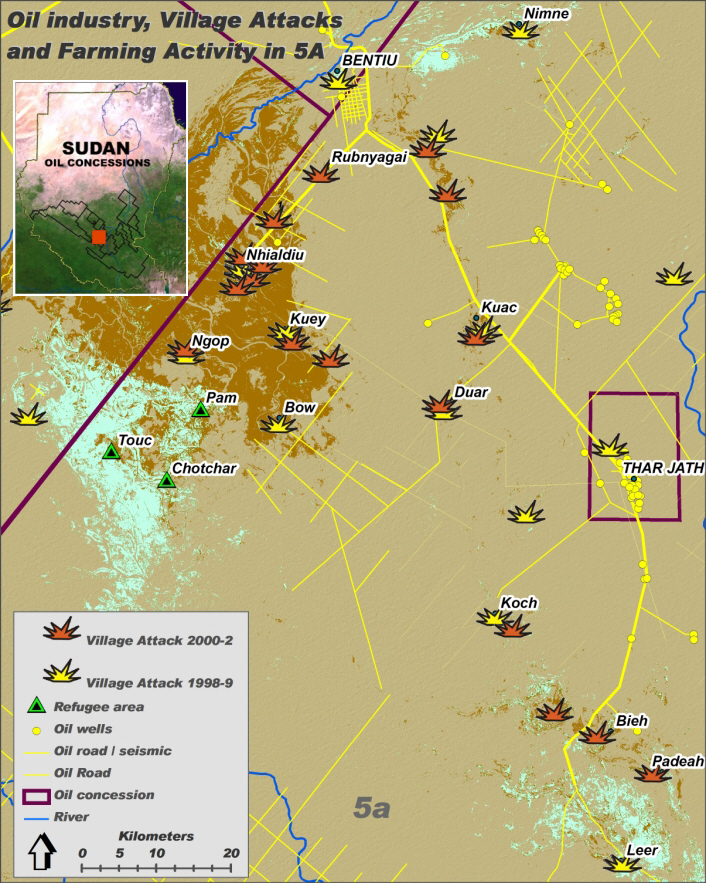 Lundin Energy has announced that the Swedish Prosecution Authority has brought criminal charges against Chairman of the Board Ian H. Lundin and Director Alex Schneiter in relation to past operations in Sudan from 1999-2003 and 2000-2003, respectively. The charges also include claims against the Company for a corporate fine of SEK 3,000,000 and forfeiture of economic benefits of SEK 1,391,791,000, which according to the Swedish Prosecution Authority represents the value of the gain of SEK 720,098,000 that the Company made on the sale of the business in 2003. Following the bringing of charges, Ian H. Lundin has chosen not to stand for re-election as Chairman of the Board at the Company’s 2022 Annual General Meeting. The Company refutes that there are any grounds for allegations of wrongdoing by any of its representatives and does not foresee any impact on the operational and financial guidance that the Company has set out previously.

The indictment states that Ian H. Lundin and Alex Schneiter are accused of complicity in crime against international law, gross crime, in Sudan 1999-2003 and 2000-2003, respectively.

Both Ian H. Lundin and Alex Schneiter strongly deny the charges and have the full support of the Board in contesting them at trial. They will both remain on the Board as Directors and the wider management and operations of the Company will remain unaffected.

‘This is an incomprehensible decision by the Swedish Prosecution Authority since it is not supported by any evidence in the investigation, a situation that has not changed for the last eleven years. I would like to personally thank all of our shareholders and partners for the support you have given the Company, as well as Alex and me. I know that we have done no wrong and that we will ultimately prove this in court. It has been an honour and a privilege to serve as Chairman of Lundin Energy for the past 20 years. During that time the Company has evolved from a small E&P company to a leading independent energy producer with one of the lowest carbon emission intensities in the whole upstream sector’.

The Company remains extremely concerned about the fairness, reliability and legal basis of the investigation and about the credibility and accuracy of the NGO reports that seem to form the basis of the Prosecution case. In the Company’s firm opinion, there is no evidence linking any representative to the alleged primary crimes and this will be fully demonstrated at trial. The Company is firmly convinced that it was a positive force for development in Sudan and operated there responsibly, as part of an international consortium, and in full alignment with the policy of constructive engagement endorsed by the UN, EU and Sweden at the time.

The indictment also includes claims against the Company for a corporate fine of SEK 3,000,000 and forfeiture of economic benefits of SEK 1,391,791,000, which according to the Swedish Prosecution Authority represents the value of the gain of SEK 720,098,000 that the Company made on the sale of the business in 2003. Any corporate fine or forfeiture of economic benefits would only be imposed after an adverse conclusion of a trial.

The Company reaffirms that it will firmly contest the claims for a corporate fine and forfeiture, and does not foresee any impact on the operational and financial guidance that the Company has set out previously. Whilst the forfeiture amount has been materially reduced from that previously announced by the Swedish Prosecution Authority in 2018, the Company believes that there is no legal basis for any such claim. This is another step in the legal process and whilst it may take many years to reach a conclusion, the Company sees no circumstance in which a corporate fine or forfeiture could become payable as there are no grounds for any allegations of wrongdoing by any of its representatives.

The Company continues to assess the indictment and will respond in detail following further analysis. Ian H. Lundin’s decision to not stand for re-election as Chairman at the next AGM will allow him to focus fully on the defence against the allegations and allow the Company and the Nomination Committee to manage the transition to a new Chairperson in an organised manner.

LUNDIN: WILLFULLY BLIND TO DEVASTATION IN BLOCK 5A