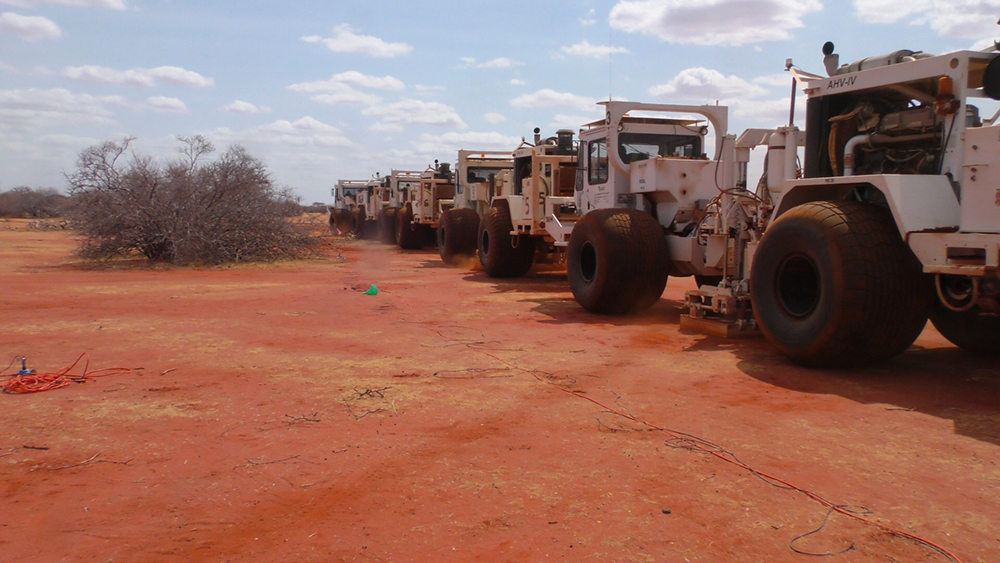 Simba Essel has announced that following a review of the Sproule report, (the 51-101 report) it now plans to proceed with a 3D seismic program covering approximately 160 square kilometers over its most promising area in early 2018 as OilNews Kenya had earlier reported.

The 3D seismic is expected to help further delineate and identify the best drilling targets on block 2-A out of the highest ranking targets identified by the Sproule report which identified 29 prospect leads following 2D seismic in Q1 2016. The report revealed that many of the prospects and leads are coincidental to the same structural event and are stacked one on top of the other. This means a single well can evaluate 2 or 3 prospects or leads.

In addition to the 3D seismic Simba Essel has said it will be proceeding with plans to bring a drilling rig into Kenya and mobilize the rig on block 2-A in Wajir. Essel Group Middle East (EGME) adds it also intends to commence with site preparation early in 2018 in preparation for the drill program which will occur in the second half of 2018.

The exploration well of approximately 3,000 metres in 2018 will test two or more intervals, part of fulfilling its drilling commitment to the production sharing contract on Block 2A. The recent seismic interpretation identified five main horizons the youngest of these, Ken 6 was interpreted to be lower Jurassic (Liassic) in age.Four other deeper seismic markers of uncertain age were also evaluated. These horizons are from youngest to oldest, Ken 5 (Triassic), Post-Rift, Upper Syn-Rift, Lower Syn-Rift and Basement.

Already negotiations are underway regarding a loan facility with a financial institution in Kenya for $40 million USD to fund on-going operating expenses including the planned drill program later in 2018 according to EGME.

Essel Group Middle East had in 2015 announced it has entered into a definitive agreement to acquire a new skid mounted drilling rig with DNV GL, the world-leading classification society and risk management Company, being appointed as a third party observer to oversee the purchase and the delivery of the AC-VFD drilling rig.

In total the gross unrisked undiscovered petroleum initially in-place is 437.7 MMboe according to the completed a NI 51-101 report for Block 2A in Wajir by Sproule International Limited.