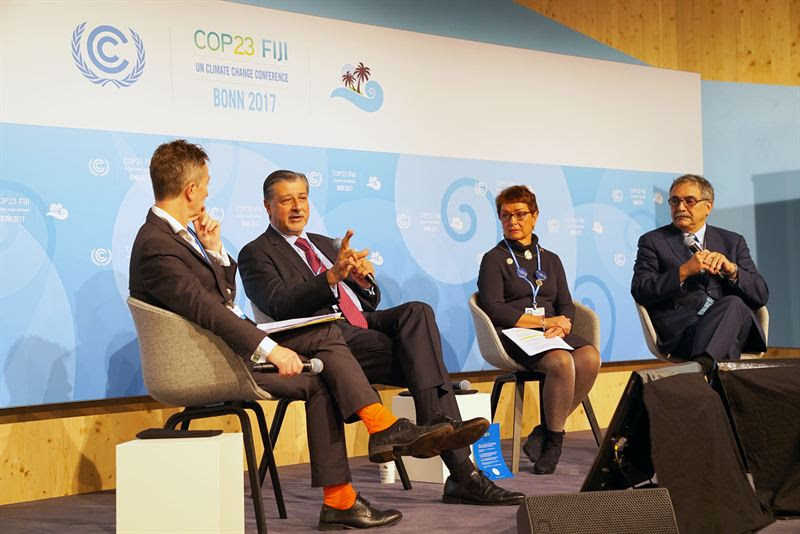 Countries have an opportunity to significantly increase renewable energy ambition within Nationally Determined Contributions (NDCs), and to accelerate its deployment in line with climate objectives under the Paris Agreement, per a new report by the International Renewable Energy Agency (IRENA).

Renewable energy deployment levels under current NDCs would bring online 80GW of renewable energy capacity globally each year, between 2015 – 2030. However, the current pace of deployment has seen countries install 125GW of new renewable energy capacity on average annually between 2010 and 2016, suggesting that NDCs can better reflect the global energy transition. The report highlights that a more integrated approach would send a clearer message to the global investment community willing to invest in this sector.

“The case for renewable energy has strengthened considerably since parties first quantified the renewable energy components of their nationally determined contributions,” said Adnan Z. Amin, IRENA Director-General at a press conference for the Global Climate Action energy, water and agriculture thematic segment. “Since then, the increasing attractiveness of renewables as the lowest-cost source of new energy supply in countries around the world has fuelled unprecedented levels of deployment.

“As the global community prepares for a new round of climate negotiations under the Paris Agreement, it is critical we go in with a clear understanding of the trajectory required to avoid the worst effects of climate change,” continued Mr. Amin. “Our analysis finds that the convergence of innovation, falling costs and positive socioeconomic impacts of renewable energy – together with the climate imperative – make a compelling case for accelerating action.”

As part of a mechanism built into the Paris Agreement, countries are required to update or submit new NDCs over time, each of which is designed to be progressively more ambitious than the last. With the second round of NDCs due in 2020, a ‘Facilitative Dialogue’ is set to start in 2018, during which Parties will take stock of initial progress toward the collective goals in the Agreement.

Furthermore, while the power sector emissions are addressed in most NDCs, significant carbon reductions in end uses of energy (mobility, heating and cooling) are needed to meet the objectives of the Paris Agreement. The use of renewable energy in other sectors of the economy such as transport, industry and residential buildings can also support increased ambition.

IRENA also used the platform of the UN Climate Change Conference to announce the establishment of a new facility focused on providing strategic planning and technical support to countries to raise achievable renewable energy ambitions under their NDCs.

“Given the gap we have found that exists between what countries are pledging to do under the Paris Agreement and actual progress and potential on the ground, it is clear that there is an opportunity to work with countries in a targeted fashion to ramp up both implementation and ambition,” added Mr. Amin.

Key findings of the report, are: