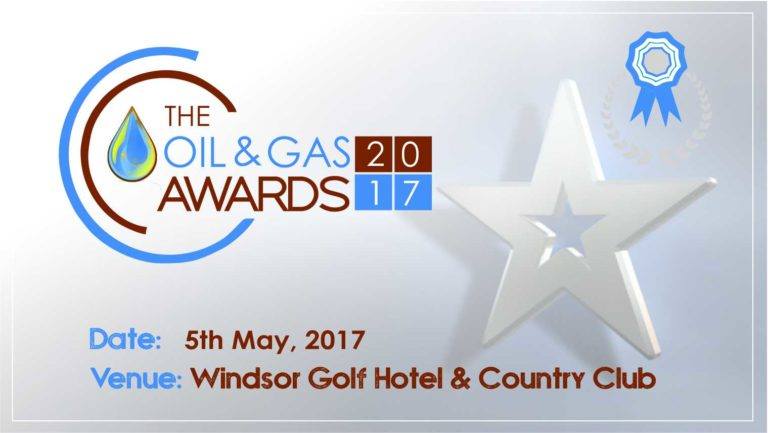 Leading figures in the upstream oil and gas value chain are giving their full support to The Upstream Oil and Gas Awards, a prestigious new national celebration of achievement and excellence in the emerging industry.

The high profile Awards ceremony will be launched at the Windsor Golf Hotel & Country Club, Nairobi on 5th May, 2017 and is expected to attract an exceptional list of guests to gather, support and celebrate excellence in the emerging upstream oil and gas industry. The event has attracted such brands as Shell, Galana Oil, Chandaria Industries, PetroVision, Weatherford, Schlumberger, National Oilwell Varco, Citibank, DT Dobie’s Volkswagen, Spedag Interfreight, Safaricom Business, Rwanda Air, Anjarwalla & Khanna, Extractive Baraza, Glenmorangie and Hennessy among others.

“Guests at the prestigious gala ceremony including business and community leaders will all be part of this great initiative that will honour the most outstanding individuals and companies across several categories across upstream oil and gas value chain,” said Joe Watson Gakuo, Founder & Publisher, THE UPSTREAM Magazine which has organized the event.

“An interactive discussion in the morning, and a fun networking golf tournament will precede one of the most important new awards ceremonies to launch in Kenya this year.”

This remarkable event is the start of a long culture that will recognize the incredible talent of incredible people through a judging process that is open and transparent and carried out by well known people that are hugely respected in their own fields.

Dennis Keiser, General Manager of Spedag Interfreight, said “We’re delighted to sponsor and be a partner of The Upstream Oil and Gas Awards. These awards recognize what can be achieved with hard work, commitment and determination. At Spedag Interfreight, we share these values and our sponsorship of these awards is show of our commitment to promoting excellence in the upstream oil and gas industry.”

This event also gives the oil and gas industry an opportunity to share and learn from one another, while honouring and recognising the important people who play their part in continually improving our safety performance. It will be held annually in the very first week of May.