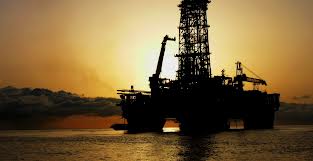 Story by: The East African –

Shareholders of oil and gas explorer Ophir Energy will in the next two weeks in London vote on whether the company should sell a 20 per cent stake in three key blocks off the shore of Tanzania to Singapore based Pavilion Energy.

The London Stock Exchange (LSE) listed company at the end of last week released a shareholder circular on the transaction, which was first disclosed on November 14.

If the deal is approved during the general meeting which has been set for December 16, Ophir Energy to access cash which it can use for exploration purposes without diluting the shareholding of other owners.

The deal will also allow Ophir Energy to cash in on its investments while spreading the risks associated with the development of the gas resources already discovered.

“Having completed various development and engineering studies, the Board believes that development of gas discoveries in blocks 1, 3 and 4 Tanzania as well as development of associated LNG export infrastructure, will take significant time and will require considerable expertise and financial resources,” says the shareholders circular.

The three blocks are co-owned by another LSE listed oil and gas explorer, BG Group, which holds the remaining 60 per cent.

“The aggregate consideration to be received at completion for the transaction is approximately $1.250 billion. The Group is entitled to receive further contingent consideration of $38 million in cash following the final investment decision in respect of blocks 1, 3 and 4,” says Ophir’s shareholders circular.

The sale to Pavilion Energy is however dependent on clearance from the Fair Competition Commission of Tanzania and approval of shareholders and the government of Tanzania.

Seah Moon Ming group chief executive officer, Pavilion Energy, in a statement said the investment in Tanzania will help the company build up its LNG portfolio adding that the blocks are estimated to hold about 15 tcf of gas with the first gas delivery is expected to begin in 2020.