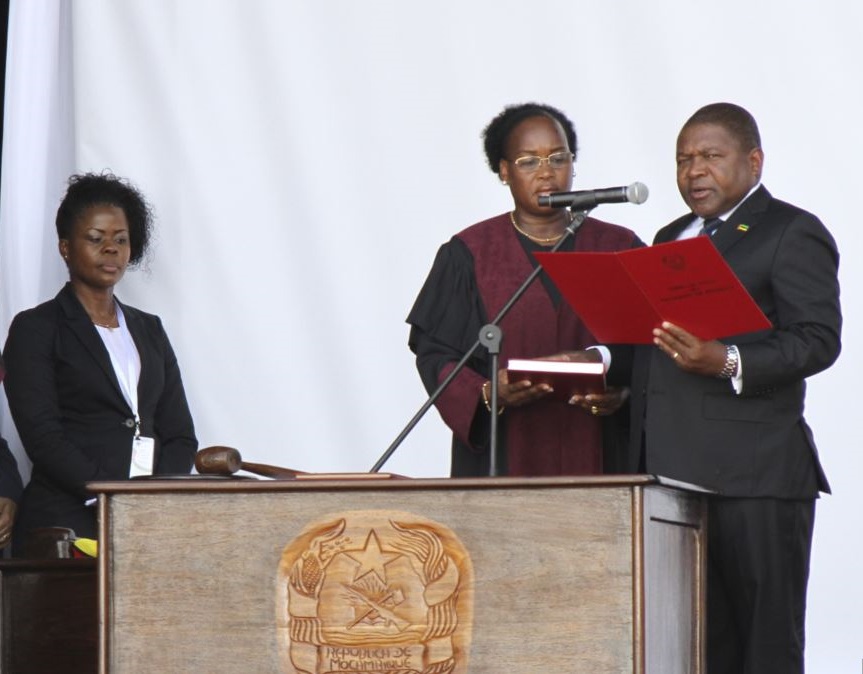 Mozambique President Filipe Jacinto Nyusi, affirmed that his new Government, will continue, in the area of ​​hydrocarbons, with actions aiming at the sustainable exploitation of the natural gas reserves, ensuring the conclusion of the floating platform project that will make Mozambique a producer and exporter of liquefied natural gas ”. “We are also going to facilitate the construction of the first four liquefaction units on land,” reiterated the Head of State.

For the President of the Republic, these projects will provide a foundation for industrial development and the creation of employment opportunities at scale, in addition to providing an opportunity for the promotion of local content.

“My government will be committed to the implementation of units in the petrochemical industry for the production of methanol and other derived fuels as well as the production of fertilizers, alongside the development of power generation plants, which are expected to be operational by the end of 2024” said Filipe Nyusi.

In another development, even more focusing on the positioning of the hydrocarbon sector on the government agenda that is just beginning, Filipe Nyusi said that the Government’s bet is on the implementation of the first production unit of LPG (cooking gas) in the country, in Temane. The Head of State said in this regard that it will be ensured in the present five-year period that 60% of the volume currently imported is replaced by domestic production.

Meanwhile, the Head of State, in his investiture speech, urged Mozambicans to “manage their expectations with some dose of patience, because the State Safes will take some time to receive revenues from hydrocarbons in the expected size”. The Head of State also warned that the negative experiences of other geographies recommend “greater prudence and transparency in the management of this type of resources, in order to benefit all Mozambicans and the Mozambican economy”.