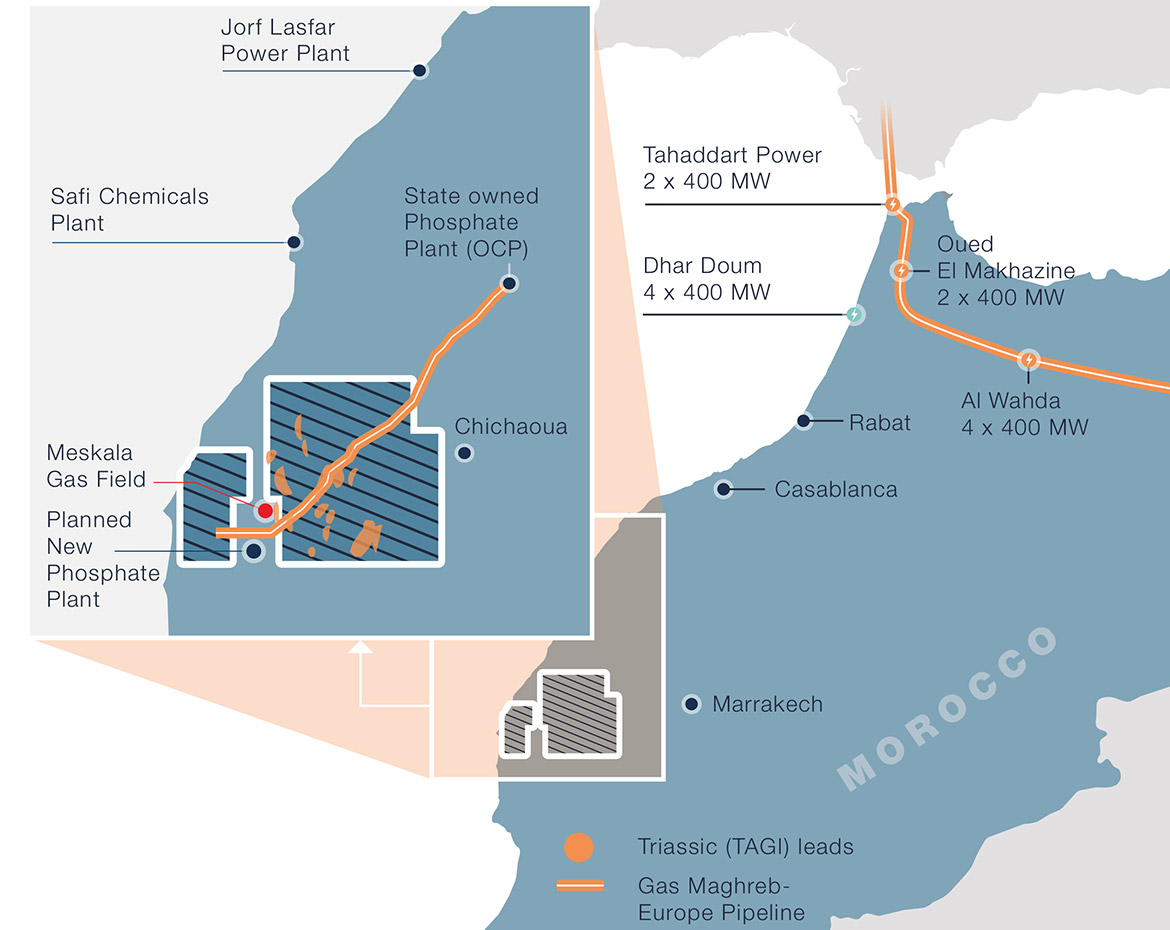 On 12 February 2018, the Company announced the award of a new petroleum agreement related to the Sidi Moktar Permits . The Sidi Moktar Permits cover 4,712 square kilometres in the Essaouira basin, central Morocco with an initial period of 2 years and 6 months.  The Company holds an operated 75% position in the permits with the remaining 25% held by L’Office National des Hydrocarbures et des Mines (ONHYM).

Due to further disruption caused by the impact of the COVID-19 pandemic, during which the Company has been in regular dialogue with the regulatory authorities, ONHYM has approved a 24 month extension to the initial period of the Petroleum Agreement in order for the Company to complete the committed work programme. Subject to the issuance of the Joint Arreté signed by the Minister  in charge  of Energy and Minister in charge of Finance, the length of the initial period will now be 4 years and 6 months, commencing 9 April 2018. The work programme commitments for the initial period remain unchanged.  The lengths of the first and second complimentary periods, which would commence upon the successful completion of the recently extended initial period, remain unchanged at 3 years, and 2 years and 6 months, respectively.

“We are not alone in dealing with the disruptions brought about by the COVID-19 pandemic and we are pleased that ONHYM have signed an amendment to extend the initial period extension by 2 years in order to complete our exploration operations. We continue to look forward to unlocking the prize of the pre-salt potential that we believe exists in this area.”