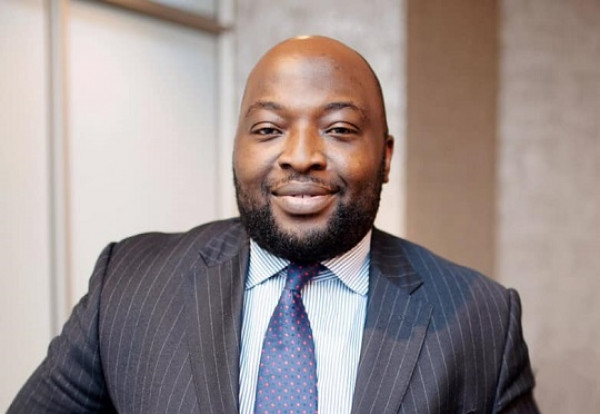 Mozambique and Germany have a special relationship, that was formalised when the German Democratic Republic established diplomatic relationships with the then newly independent Republic of Mozambique in 1975. Since then, a great many Mozambicans have been educated in Germany. Another 20,000 were employed in Germany as contract workers. Since the 1980’s, Germany has spent more than USD 1 billion in development aid to Mozambique. Whilst this is laudable, this relationship must evolve to change focus away from aid and towards investment, in response to the numerous opportunities in gas development and other sectors.

German companies need to invest in the development of new gas prospects, in the servicing of the existing developments and in the building of a petrochemical sector in Mozambique. Germany has a strong petrochemical industry that can take advantage of the opportunities in Mozambique with Africa’s USD 1.2 Billion population providing a ready market for such an industry. This will ultimately lead to a win-win situation for both countries. It will not only help to generate economic growth, but will also ensure the creation of good paying jobs, skills developing apprenticeships and the transfer of technology to Mozambique.

Gas is fast establishing itself as a key player in the global energy transition dynamics as nations seek to significantly reduce carbon dioxide emissions and other air pollutants. The realisation, that developed economies like Germany and fast-growing economies like China can only realistically meet their emission targets without forgoing economic prosperity by adopting gas as a major source of energy has put countries with large gas resources, like Mozambique in the focus of investors. The share of gas as a primary source of energy has been steadily growing since the 90’s, and this trend is expected to continue. In China, gas now accounts for over 7% of primary energy use from about 1% in 1990. In Germany, gas accounts for 27% of primary energy use from about 15% in 1990.

German demand for gas is projected to continue its rapid growth as the country steadfastly continues to implement its in 2010 adopted energy transition strategy known as the Energiewende. According to the plan, greenhouse gas emissions are expected to reduce by at least 80% in 2050 when compared to 1990. Gas is currently Germany’s second most important energy source after oil. It imports nearly all of the gas it consumes, from Russia (40%), Norway and the Netherlands with only 5% sourced domestically. Domestic production is expected to run out within the next decade, setting Germany up for even more imports from outside. There is therefore, a general consensus in Germany that even more gas resources must be secured from abroad to ensure Germany’s economic growth prospects. Plans to source more gas from Russia have however earned the government heavy criticism, including from Germany’s American allies who see this as leading to an over-dependence on Russia and creating potential National security threat to Germany. Diversifying Germany’s sourcing of gas, from new producers like Mozambique therefore presents an attractive proposition for Germany as a nation and German companies in particular.

Mozambique holds 100 trillion cubic feet (Tcf) of proved natural gas reserves. It ranks 15th globally, however the country is still largely underexplored. As the government continues to encourage exploration, it is likely, that the proven reserves will increase in the coming years to rival that of more established gas frontiers. Oil Majors Total, ENI and Exxon are leading development efforts expected to initially cost a combined USD 30 Billion. Committed off-takers, include EDF of France, Tokyo gas of Japan and Centrica from the UK who have all committed to be off takers for the next two decade. Notable however, is the absence of German companies either as operators or major off-takers, despite Germany being one of the world’s largest gas importers.

“It is time for German companies to play a greater role in the development of Mozambican gas industry. Germanys needs gas and in exchange, our companies can provide investment capital, technical Know-how, technology and education” said Sebastian Wagner, Executive Chairman of the German African Business Forum.

In November 2019, German Chancellor Angela Merkel announced the creation of a USD 1.1 Billion investment fund during the ‘Compact with Africa’ summit in Berlin. This fund, and other institutions in Germany like the KFW development bank offer various instruments to ease German investments in Mozambique. However, there is an increasing realisation, that such government initiatives to invest in Africa in general and in Mozambique in particular are best implemented by channeling the funds through private sector German and Mozambican companies. In a recent online conference organised by the German African Business Forum, Chancellor Angela Merkel’s personal representative to Africa, H.E Günter Nooke called German companies to take advantage of these opportunities.

Now more than ever, both countries must take the opportunities presented by the development of gas to strengthen their special bond. Mozambican exports to Germany currently stand at USD 270 Million USD yearly and are dominated by aluminium. This amounts to just 3% of total exports. According to Verner Ayukegba, SVP of the African Energy Chamber, there is room for growth and a significant demand for German technology and investments in Mozambique. “Mozambique is one of the most prized investment destinations in Africa at the moment. Mozambican companies are prepared to partner with their German counterparts to service the nascent gas industry.” “We have a golden opportunity here to strengthen both Country’s economies, whilst at the same time making significant strides towards the reduction of greenhouse gasses with the promotion of gas consumption to the detriment of heavier polluters like coal”, Verner concluded.