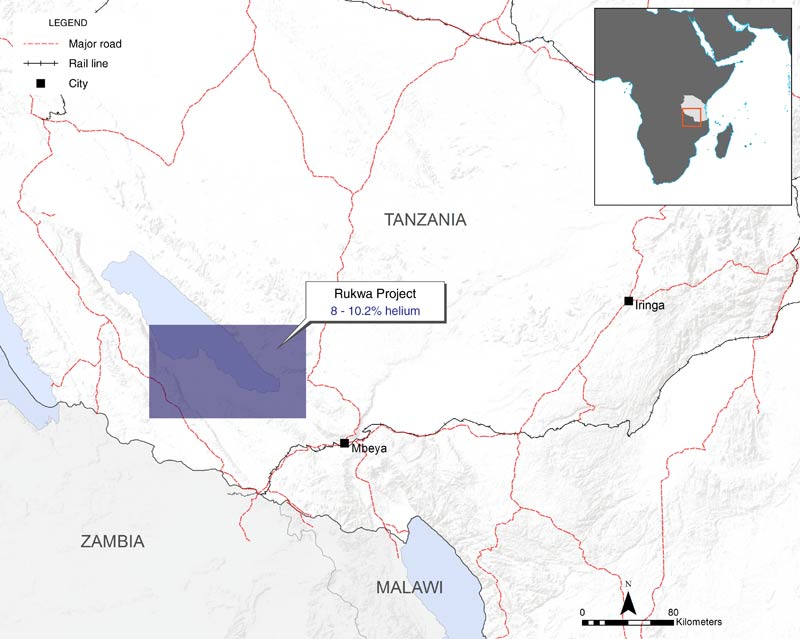 Helium One have now completed the acquisition of extensive airborne geophysical data with the preliminary grids expected to be received later in May 2017.

In parallel with this and to complement that data, after successful analysis of the soil micro-seepage survey completed in 2016, a further more detailed soil geochemistry survey is expected to commence in the third quarter of 2017.

So far Helium One has collected and analysed almost 1,500 soil samples for helium, CO2, hydrogen, nitrogen and hydrocarbons in the most advanced project in the Rukwa licence area. The work programme being undertaken in 2017 is intended to identify drillable prospects as soon as practical with drilling planned for 2018.

“Helium One’s licence areas, and especially Rukwa, represent one of the most exciting new potential sources of commercial helium in the world today.  The most recent results from the field continue to be very encouraging and the integration of all the data will move us much closer to drilling a subsurface trap.  Solo’s team is working closely with Helium One and providing our expertise in developing the timeline and plan for technical activity ahead of drilling which is currently scheduled for next year,” says Solo’s Chairman Neil Ritson.

The investment comes as the global helium market is anticipated to see a sharp drop in supply in the next five years as the US Strategic Reserve ceases sales, and with helium’s increasing use in modern life, such as MRI scanners, to lifting and electronic applications.

Solo Oil has a 10% interest in Helium One Limited for a total consideration of £2.55 million   with option to increase its investment in the company by a further 10%, for an additional investment of £4 million, which would increase its stake to 20%.

Helium One is an independent specialist explorer focussed on being a major supplier into the global helium markets estimated to be worth approximately US$6 billion annually.  The company benefits from an experienced Board with extensive in-country and industry experience. Helium One holds twenty-three Helium Prospecting Licences in Tanzania, including licences over the Rukwa Project with a most likely unrisked prospective recoverable helium volume of 98.9 bcf (as reported by NSAI).”