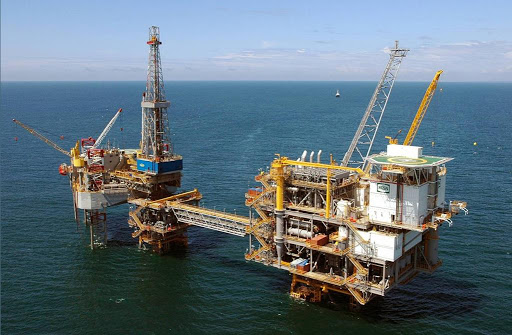 Oil and gas investors with an interest in Africa have made significant investments in some of the countries of the MSGBC Basin – which comprise Mauritania, Senegal, Gambia, Guinea-Bissau and Guinea-Conakry – such as Senegal and Mauritania, where the world-class Grand Tortue Ahmeyim (GTA) gas project currently underway has made many headlines. Although Guinea Bissau has not yet received the same level of attention from investors, its offshore areas hold good prospects for a variety of independent exploration and production (E&P) companies as well as International Oil Companies (IOCs) that are currently operating throughout the MSGBC Basin.

Guinea Bissau has overcome a difficult 2020-2021 due to the COVID-19 pandemic and has seen an uptick in economic growth this year that is expected to accelerate further over the course of 2022. Analysts at the Economist Intelligence Unit  are predicting real GDP growth of 2.5% in 2021 and 3.4% in 2022, in line with improving sentiment and rising exports of major cash crops like cashews as economic conditions in the country continue to improve.

The economy of Guinea Bissau is largely based on agriculture and the production and exportation of cashew nuts – Guinea Bissau is the world´s fifth- largest producer of cashews – and also exports significant amounts of fish and shrimp. The mining industry is well-developed with an estimated 25% of global bauxite reserves, and some rare earths elements are estimated in the country’s sub-soil. But it is the oil and gas sector that truly heralds the potential transformation of Guinea Bissau´s economy over the next few years.

Offshore deposits of oil have been discovered and several companies are already settled in-country for prospecting and production including China´s CNOOC, Swedish Svenska Petroleum Exploration, and Australian FAR LTD – which is also present in The Gambia and Senegal. E&P activities are conducted in partnership with Petroguin EP, the national oil and gas company of Guinea Bissau.

The Norwegian company PetroNor E&P noted recently in Offshore Energy that the purchase entitles it to assume the operatorship and interest of 78.75% of the Sinapa (Block2) and Esperanca (Blocks 4A and 5A). The contiguous Sinapa and Esperanca permits are located within the Casamance salt sub-basin offshore Guinea-Bissau. PetroNor CEO, Knut Sovold, said: “This is a key strategic addition to PetroNor´s portfolio building in this highly attractive exploration trend. Along with the reinstated A4 license in The Gambia and our acreage in Senegal, the equity available to potential farming out is a highly attractive material opportunity. PetroNor is continuing its work to bring in partners to fund a drilling campaign across all assets in the next few years.” The Atum and the Anchova prospects in the deeper waters of the western part of the licensed area are currently the main drilling targets. They are analogous to the world-class Sangomar field in Senegal. The prospects are ‘drill ready,’ benefitting from technical work delivered to date by Svenska Petroleum Exploration and partner FAR Ltd.

Speaking to The Energy Voice PetroNor has noted that the area is one that is due to see some potentially transformative exploration drilling in the near future. Oil has already been discovered in the shallower waters of Guinea Bissau. Sovold believes that going into the deeper waters should provide scope for larger finds that will be commercially viable. “The Guinea Bissau move fits well with PetroNor´s portfolio. We´re a small E&P company with growth ambitions. That comes from organic growth in Congo Brazzaville, development in Nigeria and longer-term exploration in the MSGBC licenses. We want to have a large portfolio with multiple opportunities, rather than just a large interest in a single asset.”

In April, 2021 Offshore Magazine reported that the AGC Authority, (Agence de Gestion et de Cooperation entre Le Senegal et La Guinee Bissau) invited bids for the AGC Shallow block 100km offshore the city of Bissau, in northwest Africa. According to MGGS and GeoPartners, which are supporting the promotion, the block contains the Domes Flore and Gea discoveries and the exploration prospect. Early wells in shallow reservoirs overlying the salt induced domes at Flore and Gea have proven oil volumes. The AGC Authority, is seeking initiatives to commercialize this oil, some of which flowed during testing, and is inviting offers for a future work program from interested parties that have studied all the previous data and which can demonstrate competence to operate offshore.

But looking beyond the oil and gas sector, as reported in, it is not just hydrocarbons that hold the key to unlocking higher levels of growth and attracting new FDI. Renewable energy sources are also a particularly fertile terrain for companies looking to capitalize upon the many opportunities that are set to arise over the course of the coming energy transformation throughout sub-Saharan Africa. Guinea Bissau is especially promising for those interested in investing in solar power plants and hydroelectric power generation projects. Recently, China´s Sinohydro began the construction of one of the first large scale solar plants, with the purpose of selling power to the national utility Electricity of Guinea Bissau, under a long-term contract, which will triple the national utility company´s power generation capacity. Currently, there are an estimated 11MW of installed power generation capacity. Thus, Guinea Bissau has tremendous potential  for growth in hydropower, since much of the country does not have access to sufficient amounts of electricity. New renewable energy projects could also help the country put in place an energy mix that will support Guinea Bissau´s rural electrification programs and the continuing fight against energy poverty.