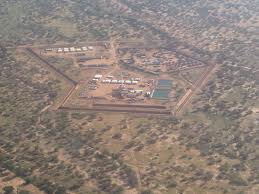 All land transactions in the Kerio Valley region where oil exploration is ongoing in Kenya have been suspended till the country’s land commission comes into office.

According to Elgeyo/Maralwet governor Alex Tolgos the halt in more sales would help resolve the boiling land ownership disputes between individuals and communities that has been a source of security concerns.

“There is a reckless trend of selling parcels of land that lack titles and if unchecked would result in unending conflicts,” Tolgos said.

The governor noted that following to the discovery of oil unscrupulous individuals of community land still owned through clans creating conflicts with members not notified prior to the transactions.

“There have been reports that an individual sold land because one of his family members had flu and he wanted to raise the medical fee. This is a flimsy excuse,” said the governor while giving examples of unconvincing reasons for sale of community land.

The governor has also lashed out at the provincial administration for helping in the sale of land through the signing of land sale agreements despite being aware the parcels fall on community land even as he encouraged the use of legal professionals in every land sale.