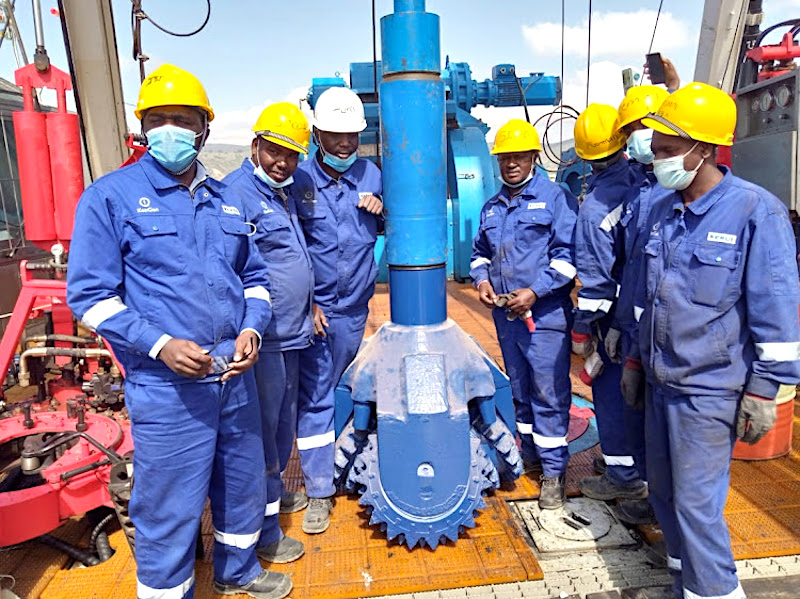 Kenya Electricity Generating Company (KenGen) has announced the completion of a 3,000-meter geothermal well in Ethiopia, which exceeded the target of 2,750 meters.

This is the second of eight wells it has been commissioned to drill by Ethiopian Electric Power Company (EEP) the state-owned electricity producer as Ethiopia seeks to meet a growing energy demand from commercial and domestic customers from renewable energy sources.

“We are delighted to see that our teams deliver the same level of success in the Horn of Africa as we do at home in Olkaria, where we have also drilled several geothermal wells to a depth of 3,000 meters,” said Geothermal Development Director Peketsa Eat.

KenGen has attributed a four percent increase in revenue in 2021 due to its diversification  in the Tulu Moye project in Ethiopia from Sh.44 billion to about Sh.46 billion. In 2020 geothermal drilling services at Tulu Moye contributed approximately Sh  Sh 440 million.

In October 2019, KenGen signed a contract with Tulu Moye to drill 12 geothermal wells and also supply, install, operationalise, and maintain water supply system for the project.

This June KenGen started drilling the first geothermal well for Ethiopia Electric Power (EEP) company, setting in motion Phase II of Ksh.7.6 billion contract. KenGen is supplying about 30 percent of the component of Phase II which translates to about USD 6.2 million (about Ksh.620 million). The First Phase entailed purchase of drilling rigs while Phase II entails provision of drilling services.