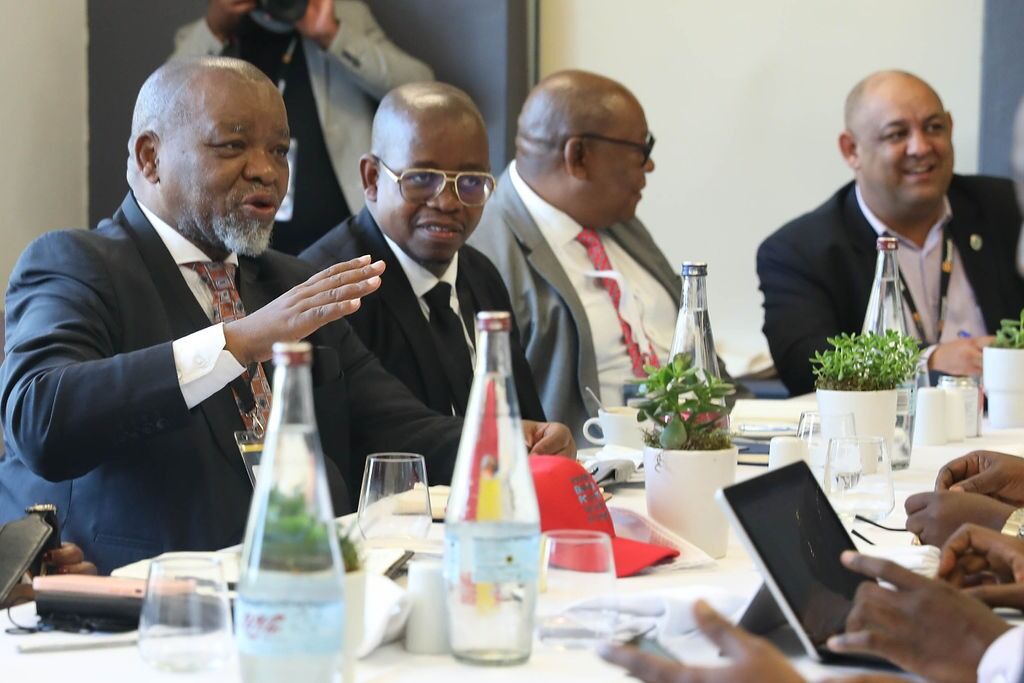 Increasingly this year, African oil- and gas-producing nations are being told that protecting the planet from climate change will come at the cost of their petroleum industries.

The same message is being conveyed to business: International oil companies (IOCs) have been warned by environmental organizations, financial groups, and Western leaders that investing in new exploration and production projects in Africa could result in serious repercussions, from boycotts to legal sanctions.

But even in the face of increasingly louder and more insistent calls for African countries to leave their petroleum assets stranded, African leaders are pushing back. They are citing the important roles coal, oil and gas play in their economic development, easing energy poverty, and promoting long-term stability.

One of those leaders is Gwede Mantashe, Minister of Mineral Resources and Energy for South Africa, an outspoken advocate for continued natural gas production in his country. I had a front row seat to listen to Mantashe, the keynote speaker at African Energy Week (AEW) 2021 in Cape Town last week. I am also surprised by the attacks on his speech which I believe was a brilliant defense and call to action on developing our natural resources for the benefit of South Africans, Africans and the investors. His speech actually called for a reasoned, strategic approach to transitioning to renewable energy in his country and Africa.

The future of South Africa’s energy industry has become an emotionally charged topic. Concerns about catastrophic climate change are leading to rash, and sometimes irrational calls for South Africa to put an abrupt end to the production and use of fossil fuels, regardless of the consequences for our energy security or our economy.

South Africa is committed to joining global efforts to prevent climate change, but we must move forward systematically. But instead of being guided by panic, our actions must be guided by an honest assessment of South Africa’s capabilities, resources, and needs. It would be far more advisable to take deliberate, well-planned steps toward the goal of net-zero emissions — and succeed at them — than to make a misguided rush to renewables that would do more harm than good.

Because we recognize the far-reaching benefits of foreign investment in our energy industry — including job creation, entrepreneurial opportunities, capacity building, and knowledge transfers — South Africa has devoted considerable time and resources to creating an enabling environment for investment. We are just starting to see the fruits of these efforts. Now is not the time to shrug our shoulders and say, “never mind.”

Consider our offshore Brulpadda and Luiperd developments, estimated to hold more than one billion barrels of gas condensate each. These projects represent a tremendous opportunity for South Africa to ease its reliance on oil and gas imports. They will allow South Africa to establish its own natural gas market, increase its energy security, and generate reliable electricity for years.

And, by attracting investments by majors like TotalEnergies and Shell, these developments are likely to have long-term, positive impacts on our country. Large-scale oil and gas projects continue to move forward in North America and Europe. Why Not South Africa? Why in the world shouldn’t South Africans capitalize on these opportunities?

Mantashe has hardly been complacent in his efforts to grow South Africa’s energy mix. In fact, South Africa is the No. 1 wind power market in our continent and in the Middle East with 2.5GW of cumulative installed capacity.

They have created a roadmap for diversifying South Africa’s energy sector and expanding the energy mix in the form of an integrated resource plan (IRP) 2019. This electricity infrastructure development plan is designed to ensure current and future generation needs will be met.

South Africa also is reaping the benefits of our Renewable Energy Independent Power Procurement Programme (REIPPP), created to increase our domestic renewable energy capacity by encouraging private sector participation. Just last month, South Africa gave the green light to 25 private wind- and solar-power projects. These projects, representing about 50 billion rand in investment, will add 2,583MW of capacity to its grid and create 13,900 job opportunities. A bid window for more clean energy projects will open by late January 2022 and I will love to see some of the winners be at African Energy Week in Cape Town.

And South Africa isn’t focused solely on its own needs and ambitions: we have seen a commitment to partnering with other African countries to expand various business opportunities and help meet regional energy needs. At the African Energy Week, Minister Mantashe did not only discuss the value of regional cooperation. He met with various Ministerial delegations and the private sector and called for more action on inter African trade and deal making.

No one in South Africa should miss the irony that as the global community calls for South Africa to move its transition to renewable energy sources into overdrive, other, more developed regions grapple with similar objectives.  China, for example, has announced ambitious emissions reductions measures. Now it is struggling to meet its domestic energy needs. Chinese coal imports increased by 76% in September alone. The government is scrambling to boost domestic coal production, and because of rising demand, coal-fired plants have been given permission to raise their electricity prices, which is sure to further impact China’s economy.

We also are acutely aware of the energy crisis in Europe, which has been caused at least in part by the rush to replace reliable energy sources like gas and coal with renewable, but intermittent, energy generation. Now, we’re seeing European countries return to coal to generate power.

I am not faulting anyone for doing what is necessary to meet their population’s energy needs; I simply wish that the global community would give South Africa the same consideration. Achieving zero emissions is a serious goal for South Africa and all of Africa, but we must pursue it on our own timetable – and in a way that prioritizes the needs of South Africans and Africans.