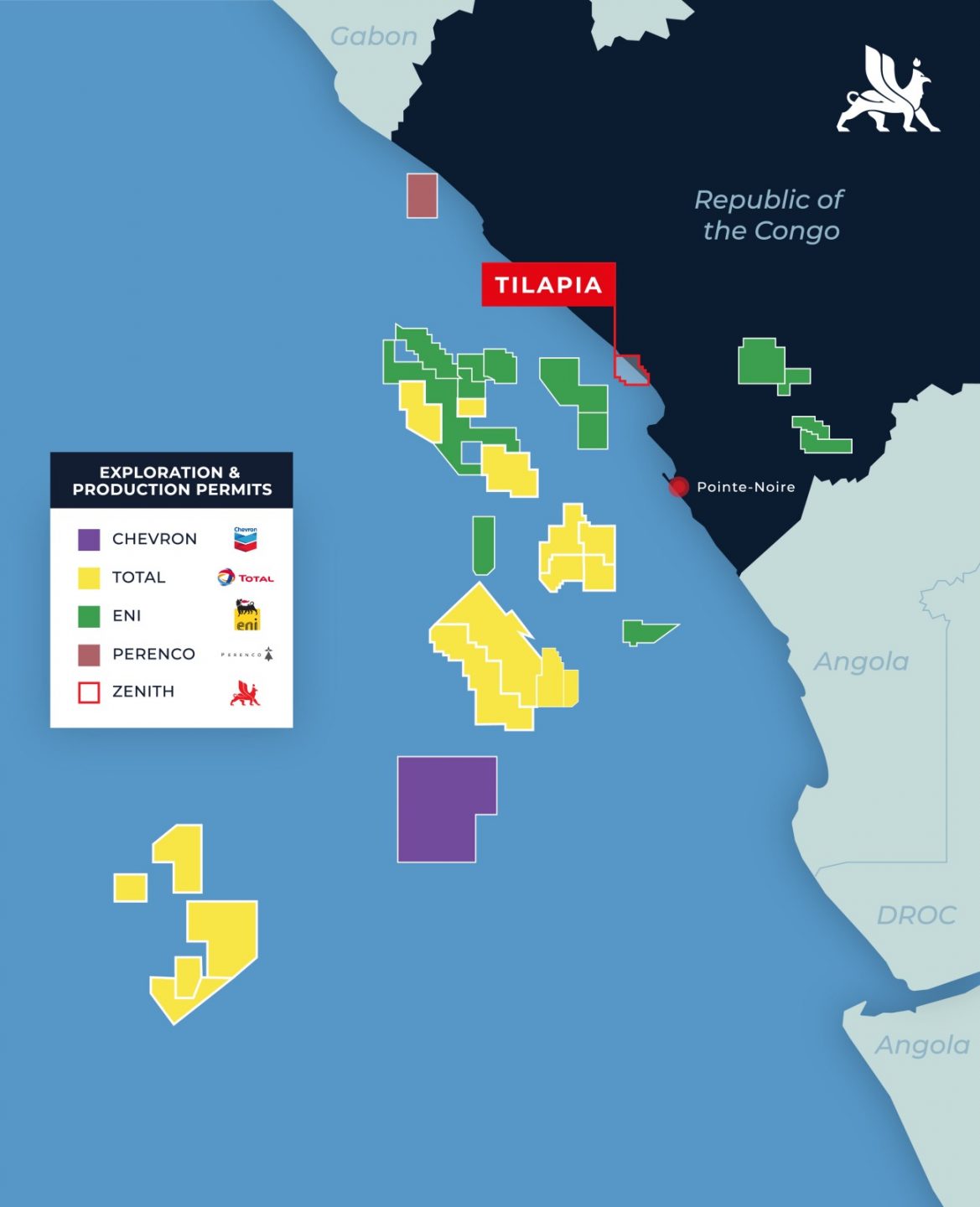 Zenith Energy has provided an update on the legal claim  initiated during 2019 by its subsidiary in the Republic of the Congo, Anglo African Oil & Gas Congo S.A.U (AAOG Congo), against Société de Maintenance Pétrolière (SMP), the rig contractor employed for drilling services in wells TLP-103 and TLP-103C of the Tilapia oilfield, following a series of significant performance failures by the SMP 102 rig during drilling activities.

According to Zenith the company has recently been successful in obtaining a revocation of the court order that had blocked its bank accounts following AAOG’s withholding payment of SMP’s final invoice for an amount of approximately US$650,000, and a retention right over the Rig which, at the time, was positioned within the Tilapia oilfield.

Zenith says an amount of approximately US$36,000 has now been unfrozen and made available to provide additional funding for AAOG Congo.

Further, Zenith adds it believes the Claim launched by AAOG Congo in the Paris commercial court against SMP to recover costs of US$3.1 million relating to SMP’s unsatisfactory performance has merit, especially on account of the significant evidence collected at the time to substantiate its position.

It says that following interactions with its French legal advisers, the Company has decided to continue vigorously pursuing the Claim to recover costs of approximately US$3.1 million. There is also a possibility of increasing the Claim amount in consideration of the commercial damages suffered by AAOG Congo as direct result of SMP’s drilling performance.

“We are pleased to have successfully obtained the revocation of the court order that had resulted in AAOG’s bank accounts being frozen. The recovery of approximately US$36,000 has a symbolic significance because it shows that we are steadily achieving the gradual recovery of moneys rightfully held by, as well as owed to, AAOG Congo. The Company has consulted with its French legal advisers and, having evaluated the merits of the case and the significant potential compensation payment of at least US$3.1 million, intends to zealously pursue AAOG Congo’s Claim. To this end, we plan to reach out to third party financing providers, specialised in legal cases such as these, in order to avoid any cash burden being incurred by the Company in pursuing the Claim going forward. I look forward to updating the market regarding further progress in the Republic of the Congo in the period ahead.”