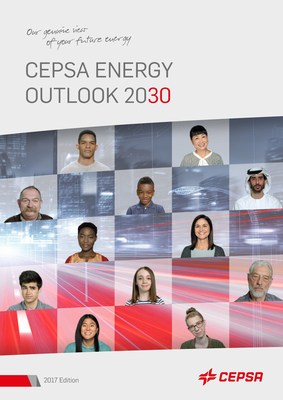 Cepsa Energy Outlook 2030 is a research piece that presents what the energy mix will look like in 2030. The document answers questions such as what countries and technologies will meet fuel demands, what the impact of energy efficiency measures will be, or how mobility will evolve compared with private car ownership.

To carry out this study from an energy perspective, Cepsa has grouped together regions in an original way into three categories that cover subjects such as regulation, production and energy consumption. The result is the groupings of Regulators, Energizers, and Consumers and the study shows how their development will be key in shaping the energy map of the future.

Regulators include all OECD countries (apart from Mexico) that are exposed to a regulated energy market and where energy demand is forecast to be below that of other regions. Energizers represent the leading countries in exports of energy, which consists of Latin America, Africa, the Middle East, and the former Soviet Republics. Lastly, Consumers are Asian countries, given the high energy consumption they will see in the future.

Similarly, world demand for oil will increase by 10%, but will grow at a slower pace due to fuel efficiency improvements and the incorporation of other sources of energy into the mix. Demand is seen rising due to a forecast increase in the middle class in Asia primarily.

Meanwhile, renewable energy will account for over half of the increase in electric energy that will be generated over the next 15 years, an unprecedented growth driven by the increase of solar and wind energy. Natural gas will occupy second place in the mix, but will only see its market share increase by 1% in world electric generation as its growth will be curtailed by the growth in renewables.

The world’s energy mix in 2030 will continue to be dominated by oil, gas and coal, even if renewables will make up considerable ground.

The report also shows that countries such as China and India, alongside other Asian countries, will lead energy demand, surpassing 1,770 tons of crude equivalent.