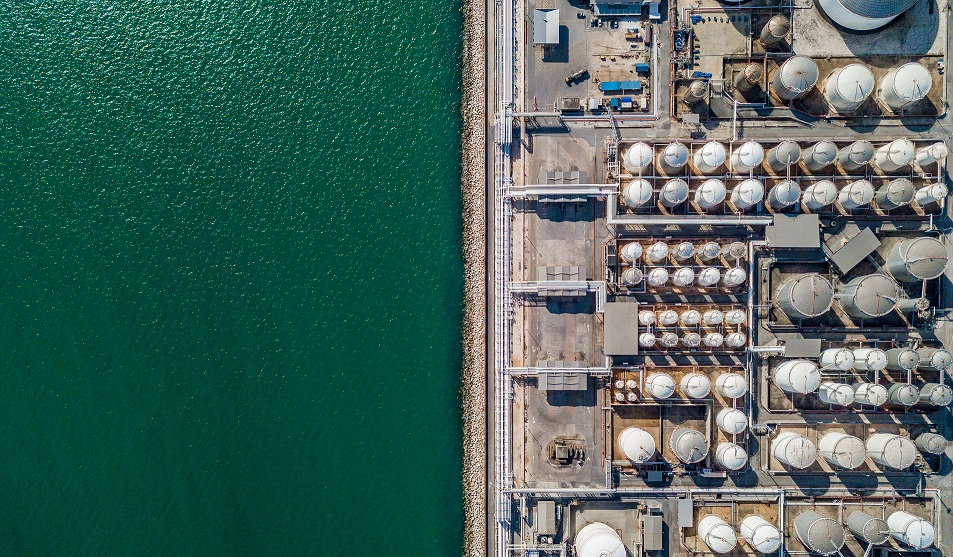 According to the latest, 2020 edition of the GECF Global Gas Outlook 2050, the demand for natural gas is expected to rise by 50% from 3,950 billion cubic metres (bcm) in 2019 to
5,920 bcm in 2050, as gas remains the cleanest-burning hydrocarbon. In spite of that,
meeting global targets for climate change mitigation is one of the biggest challenges.

Significant emissions are released through the combustion of gas to drive the liquefaction
process, while any carbon dioxide (CO2) detached before entering the plant is frequently
emitted into the atmosphere. Subsequently, investors, regulators, and customers exert
mounting pressure on the gas industry, as it needs to do more to accomplish climate
objectives and focus on reducing emissions.

More than 120 countries have already developed a climate risk strategy that sets target to reduce greenhouse gas (GHG) emissions to net-zero by 2050 [1]. As natural gas has a
central role to play in mitigating carbon emissions, LNG producers have started to look for ways to minimise or counterbalance their carbon footprints, thus ongoing LNG
decarbonisation efforts are likely to expedite. Accordingly, top LNG producers, traders, and consumers have indicated their plans in order to decarbonise the LNG supply chain. This is being done in two ways: by offsetting emissions from individual cargoes retrospectively, as well as by building low-emission liquefaction terminals. As a result, the “Green LNG” term has appeared as a new product within the LNG industry.

The carbon-neutral or Green LNG market is an emerging prospect whereby “Green” indicates either the reduction of GHG, or the offset of GHG emissions, linked to some, or all elements of the LNG value chain – from production of upstream gas and pipeline transportation, to liquefaction, transportation, regasification, and downstream utilisation of natural gas.

Companies in the LNG value-chain can diminish GHG emissions in numerous ways. For instance, by using biogas as feedstock; by decreasing emissions from upstream, pipeline, and liquefaction facilities; by applying renewable energy to power their liquefaction plants; respectively, by using carbon capture, and storage (CCS), or carbon capture, utilisation and storage (CCUS) technologies by reinjection of CO2 into the subsurface after it had been detained during the processing of the feed gas before liquefaction.

Therefore, it should be taken into account that carbon-neutral does not mean that the LNG cargo generates zero emissions, rather that LNG sellers can counterbalance their GHG emissions by obtaining offsets to compensate for all or part of their GHG emissions or the utilisation of carbon credits, which reinforce reforestation, afforestation or other green projects.

It is worth nothing that last year the leaders of the G20 endorsed the concept of the circular carbon economy (CCE) and the GECF is the part of this process. The CCE aims to include a wide range of technologies such as CCS/CCUS as a way to promote economic growth and to manage emissions in all sectors [2,3].

In contrast, Qatar Petroleum (QP) is the company that applies a combination of strategies to reduce its emissions. Its future LNG production will be low-carbon based, as the company is building a CCS facility alongside its 126 mtpa liquefaction capacity expansion by 2027.

As part of its new sustainability strategy, QP has announced that its aim is to reduce the emissions intensity of its LNG facilities by 25% by 2030. The capture and storage of CO2 from its LNG facilities of about 7 mtpa by 2027 is another goal. Furthermore, QP aims to drop emissions at its upstream facilities by at least 15%, as well as cut flaring intensity by over 75% by the end of this decade. Additionally, by 2030, QP is attempting to abolish routine flaring, and by 2025, the company would like to minimise fugitive methane emissions along the gas value-chain by establishing a methane intensity target of 0.2% over all of its facilities [4][1].

In certain supply contracts of the company, environmental considerations are incorporated as well. In November 2020, QP signed the first long-term deal with “specific environmental criteria and requirements”, which was designed to minimise the carbon footprint of the LNG supplies with Singapore’s Pavilion Energy, and to provide 1.8 mtpa of LNG over a 10-year period.

In order to fulfil the objectives of decreasing GHG emissions, CCS also helped the case in Australia. Chevron is the operator of the 15.6 mtpa Gorgon LNG offshore Western Australia and has injected more than 4 million tonnes of CO2 in the CCS facility since its commissioning in August 2019.

Meanwhile, NOVATEK has embraced a long-term methane emissions reduction target by 2030 in Russia, mainly to diminish methane emissions per unit of production by 4% in the production, processing and LNG segments. Moreover, the company aims to decrease GHG emissions per tonne of LNG produced by 5% [5]. In this regard, NOVATEK and Baker Hughes, which provides engineering and turbomachinery at Yamal LNG, signed an agreement to introduce hydrogen blends rather than solely running methane from feed gas into the main process for natural gas liquefaction to reduce CO2 emissions from NOVATEK’s LNG facilities [6].

Bio-LNG will have a significant role in the coming years to form the heavy road and water transport in the Netherlands. The construction of the first Dutch bio-LNG installation was launched in Amsterdam last November. Renewi (the waste management company), the Nordsol (for processes the biogas into bio-LNG) and Shell (to sell this bio-LNG at its LNG filling stations) have developed this project. Biogas is made up of roughly 60% methane and 40% CO2. An additional CO2 cutback takes place due to the recycling of the CO2 by-product in the market, which results in a 100% CO2 neutral fuel [7].

Inpex, which is Japan’s biggest oil and gas producer, has recently disclosed its strategy to become a CO2 net-zero company by 2050 by developing its renewable and hydrogen energy together with the utilisation of carbon capture technologies. Japan has also stated in October 2020 that the country would become carbon-neutral by 2050 [1,8].

Two major LNG importer regions, namely Asia-Pacific and Europe, have already set policies regarding long-term decarbonisation targets. It is worth noting that most of the carbon-neutral LNG cargoes have been supplied by companies are in Asia to a certain extent, where carbon policies and investor pressure are fairly fragile.

According to the 2020 Edition of the GECF Global Gas Outlook 2050, it is forecasted that LNG imports to Asia will increase to about 800 bcm (585 mt) by 2050, and with 71% of global LNG imports, the region is set to be the driving engine for global LNG demand growth. As concerns with air quality rise in numerous Asian countries, the most realistic solution to attain a decarbonised society in the future by minimising the level of CO2 on a global scale, is the combination of natural gas and renewable energy. Thus, emissions and cleaner-burning fuels are going to be the centre of attention.

Source: GECF Secretariat based on data from the GECF Global Gas Model 2020

Europe could be the predecessor for carbon-neutral LNG in the long-term, by sticking to its new methane strategy, which was revealed by the European Commission (EC), and in accordance with their 2050 carbon-neutral goal. Importantly, the EC suggested LNG producers to engage with their international partners to explore possible standards, targets, or incentives for energy supplies to the EU [9].

Which part of the LNG value-chain should take responsibility?

An LNG seller will probably need to diminish and offset GHGs, which emphasises the need for robust offset markets in order to be completely carbon-neutral through the entire LNG value-chain.

Accordingly, this highlights challenges for legacy LNG projects with limited means to decrease carbon, making them dependant on expensive market mechanisms. LNG producers have to keep the balance between the competitive fuel pricing and the expensive emissions reduction initiatives. Therefore, the question of who pays the additional costs to produce Green LNG is yet to be decided.

As noted, the balance of carbon emission is feasible for any LNG facility and can lead to carbon-neutral LNG cargoes. Although, this is probably not a sustainable long-term process and does not directly cope with the project’s emissions, it is a good transformation for general LNG decarbonisation.

However, the GECF proposes that both sellers and buyers have to contribute to achieving emission targets. The discussions with respect to these issues should involve all LNG industry players, such as sellers, buyers, traders and policymakers, respectively. A more focused perspective that targets minimising emissions in upstream and liquefaction might be more feasible for LNG producers. This will also associate with the already ongoing efforts from them, as they have to control their carbon footprints under more pressure from the public and investors.

In conclusion, as LNG demand keeps expanding, the demand for Green LNG will grow as well. Green LNG can help ensure that natural gas preserves its role as a crucial part of the energy mix, supporting climate goals over the energy transition period. As stated in the 2019 Malabo Declaration, at the 5th GECF Summit of Heads of State and Government in Equatorial Guinea [10], the GECF Member Countries, reiterate the strategic role of the development, deployment and transfer of advanced technologies for more effective production, and the utilisation of natural gas to enhance its economic and environmental benefits.