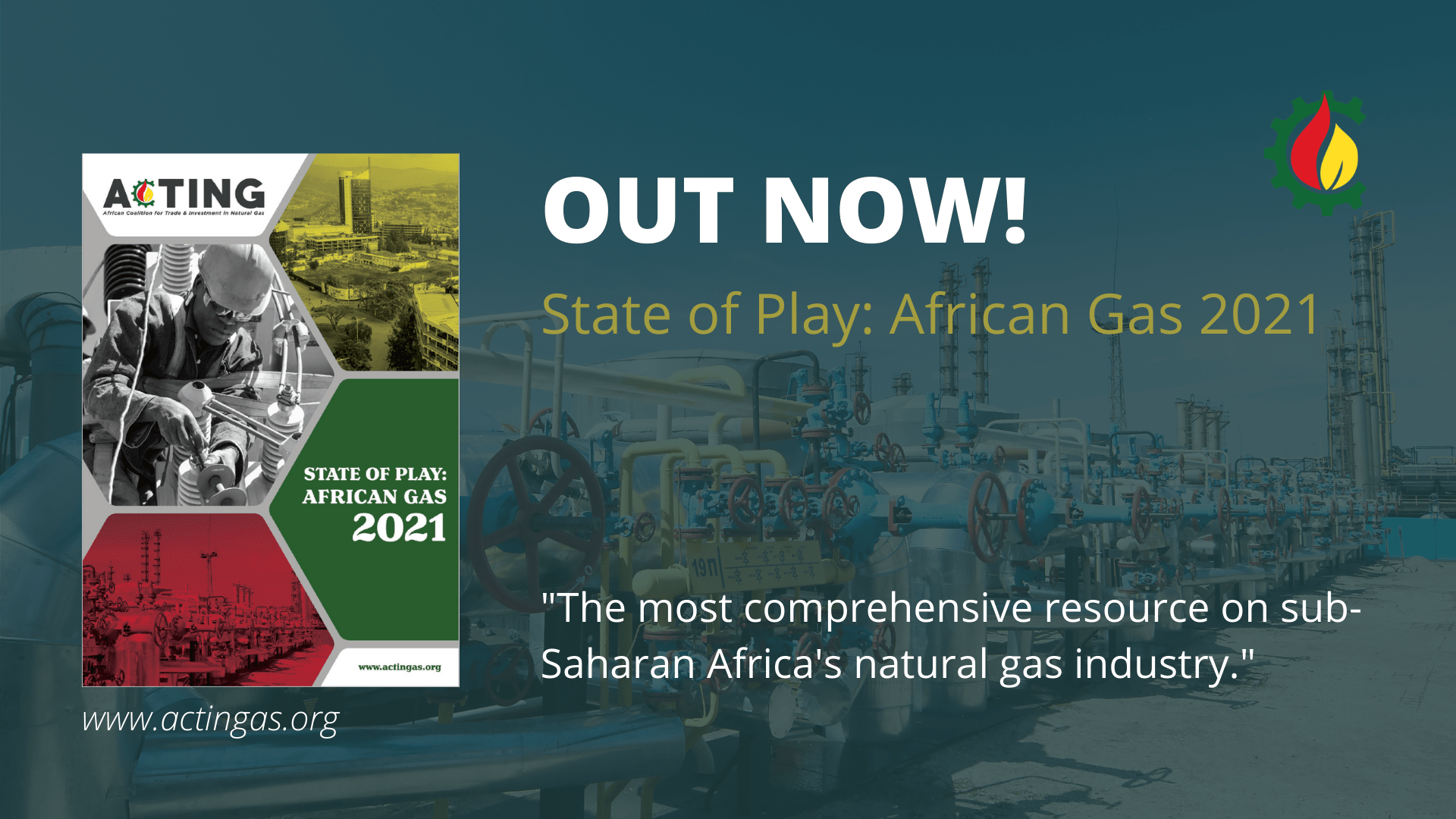 The African Coalition for Trade & Investment in Natural Gas (ACTING) is pleased to announce the release and publication of its inaugural “State of Play: African Gas” report, providing the most comprehensive resource on Sub-Saharan Africa’s natural gas markets.

As several African nations seek to increase the consumption and monetization of natural gas across their economies, the ACTING report highlights that the continent remains one the lowest consumer of gas globally. Low gas penetration rates in sub-Saharan Africa contrast with the vast amount of natural gas reserves found onshore and offshore from Senegal to Mozambique and whose development could lift millions out of poverty and provide the resource the continent needs to industrialise.

By gathering several datasets in a single resource, ACTING’s “State of Play: African Gas” report combines the most up-to-date and accurate information on sub-Saharan African gas markets. It notably reveals that the growth of Africa’s natural gas consumption and production is set to be one of the world’s fastest until 2040 on the back of new LNG projects and strong policy support for natural gas consumption across industries, transport and power. It showcases true success stories in domestic gas monetization in Côte d’Ivoire, Cameroon and Tanzania, and reveals the true diversity of African gas experiences with associated and non-associated gas, LNG, LPG, methane, coal-bed methane, helium and hydrogen.

“An in-depth look at the natural gas dynamics across the sub-continent shows the diversity of each country’s experience with natural gas and the tremendous potential there is for regionalization and cross-border gas cooperation. Natural gas has the potential to be a true enabler of economic recovery post Covid-19 and to support Africa’s energy transition, and this platform will unlock new investment and ultimately create jobs,” stated Nj Ayuk, Executive Chairman at the African Energy Chamber.

Chief amongst the report’s finding is the upcoming growth in gas-to-power generation capacity across sub-Saharan Africa. ACTING expects a 55% growth in grid-connected gas-to-power generation by 2025 on the back of greenfield and brownfield projects and the conversation of coal and diesel power plants to gas in Senegal and South Africa. West Africa is the region expected to see the biggest gas-to-power capacity addition by 2025, with at least 750 MW in Senegal, 643 MW in Côte d’Ivoire, 450 MW in Nigeria, 200 MW in Ghana, 150 MW in Benin and 65 MW in Togo.

“The inaugural report of ACTING lays the foundation for the kind of work and research the Coalition wishes the grow with its institutional and industry partners,” declared Mickael Vogel, Director at Hawilti and coordinator of ACTING. “Information and data on gas markets in sub-Saharan Africa is extremely scarce, which negatively affects the ability of investors and developers to make proper deals and sound decisions. Now is the time for all stakeholders to come together and build the kind of trust and confidence the market needs to benefit the continent at large.”