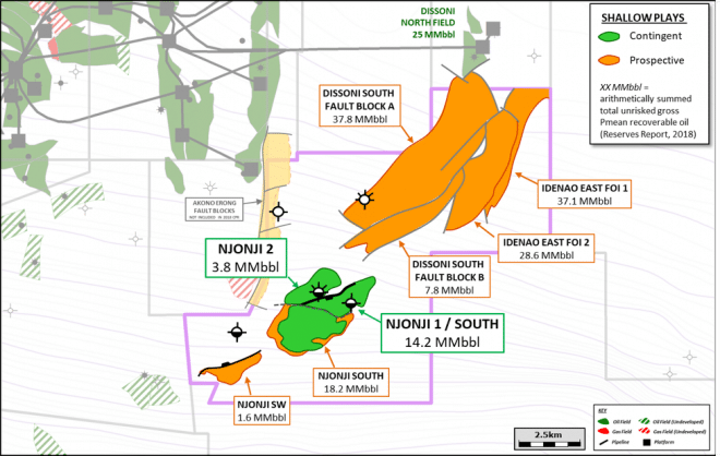 Tower is pleased to announce that its subsidiary, Tower Resources Cameroon SA, has executed a term sheet with BGFI Bank Group, the largest bank group in Central Africa, for a medium-term loan of CAF 4.42 billion (equivalent to approximately US $7.1 million at the current exchange rate of 620 Central African Francs (CAF) to the US dollar) as partial financing of the NJOM-3 well on the Thali block in Cameroon.

The Loan should cover around 40% of the roughly US$18 million cost of the well, with a further amount in excess of 25% already having been paid for by TRCSA, and the balance of 35% of the cost of the well also to be funded by TRCSA. The term of the loan is five years and it will be secured by a modest restricted cash balance (or bank guarantee) and a partial parent company guarantee, as well as a pledge of revenues from Njonji production in due course.

Interest on the Loan is to be 8% per annum, with a moratorium on interest payments during the first year of the facility, and commissions and fees for BGFI for arrangement, participation and acting as agent for the facility are as customary.

The term sheet is not yet binding, and the Loan will be subject to, inter alia, the execution of definitive documents and the availability of the remaining funding required for the NJOM-3 well.

The NJOM-3 well will appraise the reservoirs already discovered and connected to the NJOM-1 well, and will also test additional reservoirs which are visible on the 3D seismic data which we reprocessed in 2018 but which are not present at the edge of the Njonji structure where NJOM-1 was drilled.

The Company has prepared updated resource estimates for the reservoirs connected to the NJOM-1 discovery well, which are set out in detail in the linked presentation at page 8. These estimates are a little higher than the estimates contained in the OIL Reserve Report (24.9 million barrels pMean recoverable compared with 17.9 million barrels per OIL).

The main purpose of the updated resource estimate is not the slightly higher resource estimate per se, but the evaluation of additional potential reservoirs on a consistent basis  in the Northern section of the Njonji structure, which have been identified on the reprocessed seismic and which were not evaluated in the OIL report. These could amount to up to 20 million bbls of further resource, with a pMean estimate of 10.8 million bbls, albeit subject to chances of success in the range 23-32%.

The Company has also updated its estimate of the NPV10 of the base volumes in the 24.9 million barrel pMean recoverable case, to $305 million.

“We are delighted to announce this step forward in the financing of the NJOM-3 well, and also in our relationship with BGFI Bank Group. As we announced last month, the expected cost of the well has increased to approximately US$18 million, and so this facility and the US$4 million or so we have already invested, will still leave us with a balance – but a much smaller and more manageable balance – of the NJOM-3 well to finance. We are continuing to look at financing options at the asset level within TRCSA, including with Beluga Energy and its investors, though obviously for smaller amounts than discussed previously. We are also keeping an open mind on other financing alternatives, but whichever path we follow, as we explained in May, we expect the result to be considerably more favourable for shareholders than the farmout structure previously contemplated. We plan to conclude financing discussions in the third quarter of this year, as previously intimated, and then to press on with the well.

“As previously announced, long lead items for the well are already purchased, and the environmental and social impact assessment, site survey and site debris survey are already completed; and the initial exploration period of our Thali PSC has been extended expressly to accommodate this well.

“We are as excited as ever about the Thali PSC, as I plan to explain at the upcoming Proactive Investors conference in London this evening, 29 June 2022.”