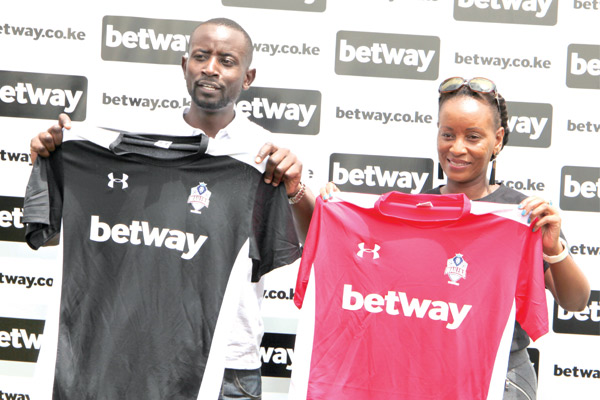 The global online gambling company and entertainment provider, Betway, in an effort to bring forth talent in the field of football from Kenya, it has donated kits to Mwimuto Wailer Football Club. This comes right before them being a part of the upcoming Kabete-sub country CDF football league. This donation includes everything needed in a regular football kit. From track suits, to balls, to player shoes, cones and training bibs, playes will have it all. It’s like Betway Jackpots for them, except the fact that it is not progressive in nature, as most Betway jackpots are.

Significance of the Gesture

Betway has made it easier for it’s customers as well to become a part of this initiative. While visiting their website to indulge in leisure, one can also go online on Betway login, a gesture state, showcasing the vision and mission of Betway to bring about a dynamic change in the field of Kenyan Football. Users can also make a small donation to show support for the same, so as to let good talent get the fair circumstances and ground it deserves.

The Kabete-sub country CDF football league is aimed at drawing new and talented players from the Kabete Society. It helps the player to prepare better for the upcoming leagues. A major portion of these players belong to the impoverished and underprivileged class. And due to this, financially well off firms don’t want to make an investment here. With dynamic firms like Betway doing that investment, the issue will slowly and steadily resolve. It will help bring in and nurture more football talent to Kenya, helping the country have a stronger football team. It should be remembered that Kenyan youngsters have skills aplenty, and all they need is the right guidance and training – something Betway wants to do by donating the kits.

This is just more than good branding

Unlike what private ventures might come to think of it, this makes up for just more than good branding. This move lies in line with the values of Betway, since it is an official principal partner of the Premier League Football Club, West Ham United. And the donation of kits, is one aspect of the betterment program Betway is working upon. Earlier in the month, Betway had donated to Kayole Starlets, a Nairobi based team, ahead of the Woman’s Premier League. Betway is also invested in improving the sporting infrastructure. In addition to providing better sporting equipment and world-class training.

Earlier, these talented Kenyan teams used to lack behind because of the ill-equipped sporting facilities provided in their country. Now, even a coach exchange program has been initiated to provide better training to the upcoming generation of footballers. With Betway’s huge investment towards their sporting culture, it’s predicted to go a long way.

We might just see the Kenyan national football team attaining newer heights in the not so distant future. What is your take on it? Let us know in the comments below!