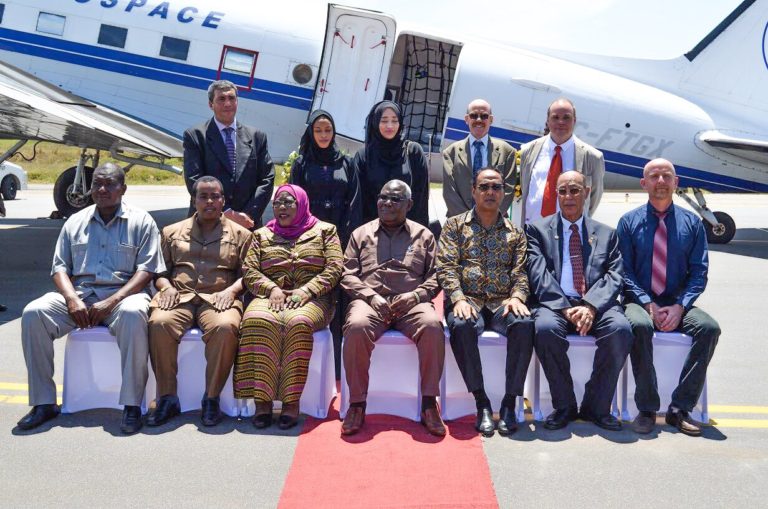 Bell Geospace has won another contract with RakGas to acquire just under 15,000 line kilometres of airborne survey data. The contract will see Bell Geospace fly FTG and Magnetics surveys in the Pemba Zanzibar block.

The outcome of the surveys will enable RakGas in its exploration efforts in this region and bring understanding of the complex sub-surface geology of these areas.

The contract with RakGas includes the acquisition of 3D Full Tensor Gradiometry (FTG) data as well as processing and interpretative services.  Flights commenced on 14 March 2017 from Abeid Karume International Airport in Zanzibar.Bell Geospace will use a Basler BT-67 flying at low altitude to conduct the survey.

“Our client relationship with RakGas is longstanding and this contract represents the next phase in our acquisition of data for the business.  This is the first move into oil & gas exploration in Zanzibar and the results will be unique in developing an understanding of its indigenous resources,” says Executive Vice President of Bell Geospace John Macfarlane.

According to the technical team at RAK Gas the company has applied advanced technology such as FTG surveys to a high percentage of its portfolio and licenses as its strategy is to establish a working geologic model and structural framework in the initial exploration phase.

“The FTG survey provides a very good launching point prior to 2D and 3D seismic acquisition. While the survey time is less than conventional seismic, the other advantages are greater coverage in areas where ground operations may be too sensitive, such as densely populated villages and town sites. The two methods complement each other to improve the geologic interpretation, thereby reducing the time needed to identify the primary drill sites, provide needed time for rig planning, long lead items and with the best of circumstances, improve the success rate.”

Rak Gas has 100 percent interest in the Pemba Zanzibar block