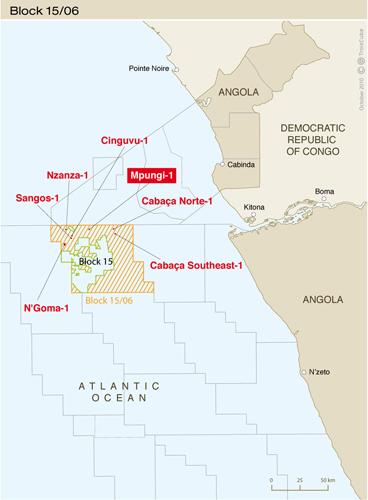 The well encountered 30 meters (98 feet) of high-quality, hydrocarbon-bearing sandstone. It is located approximately 365 kilometers northwest off the coast of Luanda and was drilled in 1,100 meters (3,608 feet) of water by the Valaris DS-9 rig.

“ExxonMobil is optimizing this resource and delivering value to the people and government of Angola, our Block 15 partners and our shareholders,” said Liam Mallon, president of ExxonMobil Upstream Company. “Our development strategy continues to deliver, providing affordable energy to meet increasing global demand while reducing emissions. In Angola, we have reduced greenhouse gas emissions by 74% since 2016.”

The Bavuca South-1 well is part of the Angola Block 15 redevelopment project. As the Block’s operator, ExxonMobil is leading the installation of new technology and a multi-year drilling program aimed at producing approximately 40,000 barrels of oil per day to help offset natural production declines.