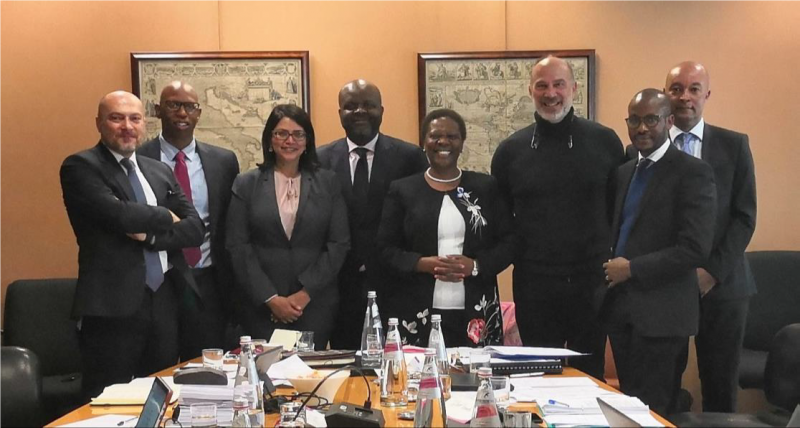 The Minister has congratulated the AGRC ( consortium for reaching this milestone in the time scheduled under the PFA and encouraged them to meet all the remaining activities on schedule to ensure the refinery project is completed in the time agreed. She informed the AGRC that GoU is happy with the Final Refinery Configuration proposed.

AGRC leadership led by Ms. Rajakumari Jandhyala, CEO of YAATRA thanked the Minister and the Government of Uganda team for taking time to meet the AGRC team in Milan, reviewing the proposed final refinery configuration and ensuring that this milestone is concluded in to enable the start of the FEED process. She, on behalf of AGRC, stated that the consortium is fully committed to ensuring completion of all commercially viable pre-FID activities as scheduled in the PFA on time in join collaboration with Government of Uganda.

The Government of Uganda (GoU) represented by the Minister of Energy and Mineral Development, Hon. Irene N Muloni and Uganda National Oil Company signed a Project Framework Agreement (PFA) on the 10th of April 2018 to develop a 60,000-bpd refinery in Kabaale, Hoima District.