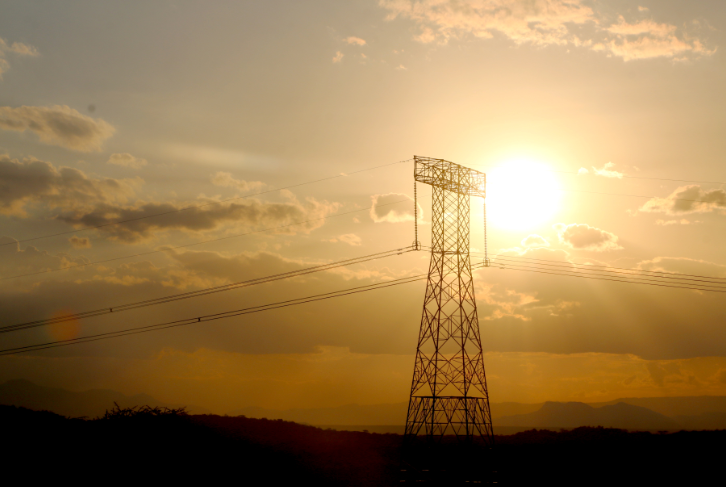 As African oil and gas countries struggle with Covid-19’s devastating impact on demand, two international groups seem to be celebrating it.

Earlier this month, the Organisation for Economic Co-operation and Development (OECD) and the International Energy Agency (IEA) described the low oil prices caused by the pandemic as a “golden opportunity” for governments to phase-out fossil fuel support and usher in an era of renewable energy sources.

“Subsidising fossil fuels is an inefficient use of public money and serves to worsen greenhouse emissions and air pollution,” OECD Secretary-General Angel Gurría said in a joint OECD-IEA statement. “While our foremost concern today must be to support economies and societies through the Covid-19 crisis, we should seize this opportunity to reform subsidies and use public funds in a way that best benefits people and the planet.”

I would argue that the OECD and IEA don’t necessarily know what’s best for the people who live on this planet. Pressuring governments to stop supporting fossil fuels certainly would not be good for the African oil and gas companies or entrepreneurs striving to build a better future. And it could be downright harmful to communities looking at gas-to-power initiatives to bring them reliable electricity.

Too often, the discussion about climate change — and the call to leave fossil fuels in the ground— is largely a western narrative. It does not factor in the needs of low-income Africans who could reap the many benefits of a strategic approach to oil and gas operations in Africa: reduced energy poverty, job creation, and entrepreneurship opportunities, to name a few.

Ironically, a policy that would jeopardize Africans’ ability to realize those benefits is being recommended at the same time protesters across America are calling for equity in some of the same areas. Although police violence against people of color is at the center of the protests — a response to the horrific death of a black man, George Floyd, after a white police officer knelt on his neck for nearly nine minutes — the protests also point to social and economic disparities between the races in America.

While I don’t want to exploit the death of George Floyd, I do see parallels between the racial disparities in America and the struggles of Africans whose lives could be improved through oil and gas. I always see a common pattern of ignoring black and African voices.

Too often in America, the value of black lives was not given proper consideration until George Floyd’s death forced the topic to the forefront and rightly so. And on the global stage, OECD and IEA are dismissing the voices of many Africans who want and need the continent’s oil and gas industry to thrive. I would advise these organizations not to ignore the needs of poor people in African countries.

As it stands, African energy entrepreneurs, the African energy sector, and Africans who care about energy poverty are basically saying, “I can’t breathe.”

It’s time to get the knees off their necks.

The Dangers of Energy Poverty

Consider the impact of energy poverty. Approximately 840 million Africans, mostly in sub-Saharan countries, have no access to electricity. Hundreds of millions have unreliable or limited power at best.

Even during “normal times,” energy poverty is dangerous. The household air pollution created by burning biomass, including wood and animal waste, to cook and heat homes has been blamed for as many as 4 million deaths per year. How will this play out during the pandemic? For women forced to leave their homes to obtain and prepare food, sheltering in place is nearly impossible. What about those who need to be hospitalized? Only 28 percent of sub-Saharan Africa’s health care facilities have reliable power. Physicians and nurses can’t even count on the lights being on, let alone the ability to treat patients with equipment that requires electricity —  or store blood, medications, or vaccines. All of this puts African lives at risk.

In Cameroon, for example, Victoria Oil and Gas PLC already provides domestic gas for power generation, and its subsidiary, Gaz du Cameroun (GDC), has agreed to provide the government gas for a new power station with the potential to accommodate growing demand.

And in Mozambique, the Temane power plant, also known as Mozambique Gas-to-Power, is being developed now, and plans are underway to develop a second plant. Both will rely on Mozambique’s Rovuma basis for feedstock.

I have heard calls, including some from the OECD, for the development of sustainable energy solutions to meet Africa’s power needs. Great — let’s go for it. I’m all for renewable energy solutions, but Africans should not be forced to make either-or-decisions in this area. Energy poverty is a serious concern, and it’s wrong to make it more difficult for African countries to use a readily available natural resource to address it.

One of the benefits of oil and gas operations in Africa is they provide opportunities for both indigenous companies and for foreign ones. And as foreign companies comply with local content laws, they invest in the communities where they work. Africa needs those investments, particularly training and education programs that empower people to make better lives for themselves.

I want to be clear: Africa does not need social programs, even educational programs, that come in the form of aid packages. What’s more, offering Africa aid packages to compensate for a halt or slow-down of oil and gas operations will not do Africans any good. I tried to make that point recently during a friendly debate with Prof. Patrick Bond, a very bright man and a distinguished professor at the University of the Western Cape School of Government. He argued that Africa should keep all of its petroleum resources in the ground to minimize greenhouse gas emissions and prevent further climate change. Developed nations, the professor continued, should compensate Africa for that sacrifice, and Africa could use that money to develop other opportunities. No. This is not the time for Africa to be calling for more aid. Africa has been receiving aid for nearly six decades, and what good has it done? We still don’t have enough jobs.

Investment creates opportunities, meaning Africans aren’t receiving, they’re doing. They’re learning, working, building, growing, deciding. We, as Africans, must be responsible. Our young people should be empowered to build an Africa we all can be proud of. Relying on the same old policies of the past, relying on aid, simply isn’t going to get us there.

The truth is, no matter how you feel about the American Shale Revolution, Africans can learn from it. One of the reasons it succeeded is because you had small businesses willing to take a chance on new technology. They worked hard, and in the end, they boosted production. America became the largest crude oil producer in the world. Those companies made something extraordinary happen, and so can African businesses. We need more entrepreneurs willing to seize opportunities and, in some cases, make mistakes. That’s how we grow and learn. We need government leaders to do their part by creating a welcoming environment for foreign investors and establishing local content policies that result in opportunities for business partnerships, quality jobs, and learning opportunities for Africans.

Africa is capable of building a better future, of ending energy poverty, strengthening our economy, and improving the lives of everyday Africans. If we’re smart about it, and we work together with purpose, our oil and gas resources can help us get there.

And that’s why this is a horrible time for OECD, IEA, or any other outside organizations, to interfere with our natural resources.

Don’t Stand in Our Way

I understand and respect the OECD and IEA’s commitment to preventing climate change. But when you describe the chance to harm a major African economic sector as a great opportunity, there’s something wrong.

When you put independent African oil and gas companies at risk, you’re saying your objectives are more important than African livelihoods and aspirations.

American institutions are coming under fire for failing to recognize that Black Lives Matter and to work alongside African-American communities to create positive change.

I encourage the OECD and IEA to take a different approach.

This is an opportunity for all of us to join forces, to take a team approach to growing Africa’s energy sector, and to do it without dismissing Africa’s right to capitalize on its own natural resources.

NJ Ayuk is Executive Chairman of the African Energy Chamber, CEO of pan-African corporate law conglomerate Centurion Law Group, and the author of several books about the oil and gas industry in Africa, including Billions at Play: The Future of African Energy and Doing Deals.