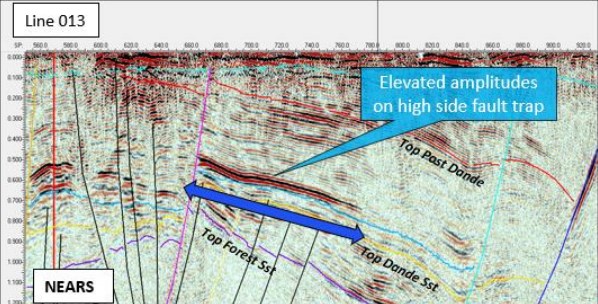 Data processing of the 2021 Cabora Bassa 2D Seismic Survey (CB21 survey) data is progressing on schedule with Earth Signal Processing in Calgary, Canada. Invictus has now received all hydrocarbon Post-Stack Migrations of the CB21 survey data as well as the data from the reprocessing of US$30million legacy Mobil dataset1

Concurrent processing of both vintages of data will result in a contractor-consistent and process-consistent data set. This will ensure there are minimal irregularities between the data sets and provide a comprehensive and confident basis for seismic interpretation.

The delivery of the final data set (pre-stack time migrated sections) is scheduled for early February 2022. These will be the optimized versions, which include further image enhancements to the seismic data. It’s important to note wireless node technology used by Polaris allowed Invictus to lay parallel listening lines to the seismic lines being recorded at the time of the survey. This swath recording technique provides a virtual 3D image of the deeper structures within the survey area.

The quality control of the Post-Stack Migration data has been completed and is already showing significant improvements in the overall seismic data quality. The CB21 Survey data has provided evidence of multiple trap geometry configurations which provides a target-rich hydrocarbon environment for the upcoming drilling campaign. As well as improved structural clarity of faults, there are multiple anomalies of interest that have been observed across the Muzurabani Prospect.

These will be subject to close scrutiny when additional products are delivered, which will be key for the analysis of the seismic amplitudes associated with these anomalies. Seismic anomalies are difficult to calibrate in undrilled frontier area as they could be lithological changes, processing challenges, geometric or velocity focussing. However, they can often be indicators for the presence of trapped hydrocarbons. The delineation will guide the optimal well locations for the drilling campaign.