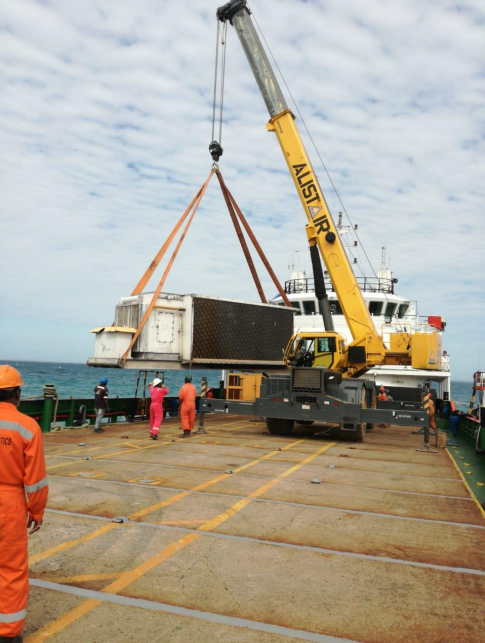 Invictus Energy has confirmed that following the completion of clearing procedures and
documentation, the Exalo Rig 202 has commenced mobilization from Songo Songo Island in Tanzania to Cabora Bassa.

The rig and associated equipment will arrive over the course of June and commence rig up to drill the first of two wells in the Company’s upcoming exploration campaign in the Cabora Bassa basin.

The long lead items, including the casing, have begun arriving at the Company’s supply base in Harare and are being prepared for deployment to the Mukuyu-1 well-site.

Further, the Company says it has been advised that the pre-gazettal administration process to increase the SG 4571 permit area by sevenfold has been completed and awaits publishing in the Government Gazette.

The Company has committed to drill a second well in the campaign to test the newly identified basin margin play which was matured through the CB21 Seismic Survey completed in November 2021. Details of the second well will be provided once the gazettal process has been completed.

Geo Associates and the Republic of Zimbabwe will also conclude the Petroleum Production Sharing Agreement (PPSA) which will encompass the legal and fiscal provisions to govern the project and the development of any discovered resource.

Under the HoA the SG 4571 licence and application area will be amalgamated with the SWFZ’s MSC003 Cabora Bassa South Reserved Area to cover the entire Cabora Bassa Basin in Zimbabwe.

Meanwhile, the Mukuyu-1 well pad construction is nearing completion following the finalization of civil works including pad leveling and compaction, water supply and reservoirs. The concrete footings for the rig will be poured for curing ahead of the arrival of the rig to the wellsite.

Managing Director Scott Macmillan commented
“The commencement of the rig mobilisation marks another milestone in the project as we prepare to commence drilling the Mukuyu-1 well, the first well in our potentially play opening two-well exploration campaign in the frontier Cabora Bassa basin.
” The enlarged SG 4571 licence provides us with a basin master position encompassing the entire Cabora Bassa Basin in Zimbabwe.
“Subject to making an opening discovery with one of our first two wells, it potentially could provide us with future discoveries on a large scale within the basin which will be transformational for the Company and the Republic of Zimbabwe.“