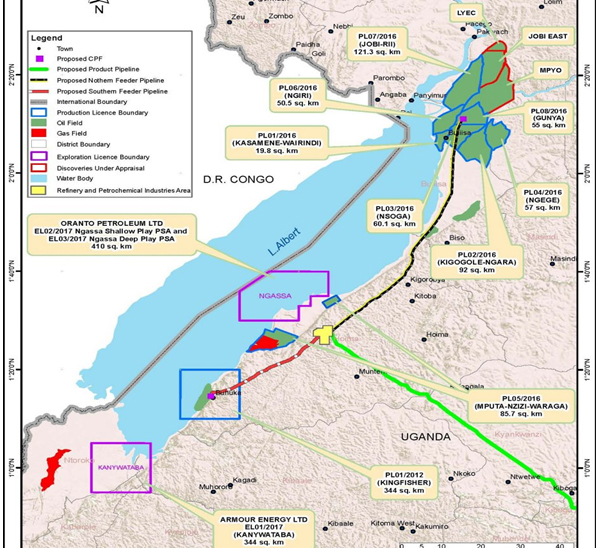 Weeks ago, the Uganda National Oil Company Limited (UNOC)  named among four companies, which impressed officials in the second licensing round pertaining to five oil blocks in the Albertine Graben, Western Uganda. The available blocks are Ngaji, Turaco, Avivi, Kasuraban and Omuka.

According to the Ministry of Energy and Mineral Development (MEMD) the country’s second oil and gas licensing round for the exploration of five blocks in the Albertine Graben-Uganda-aims increase international investments in Uganda’s oil rich energy sector, with Government expecting to sign Production Licensing Agreements and issue exploration licenses to successful firms by December 2020.

“The second licensing round is driven by factors including establishment of additional petroleum resources and reserves, the current high price of crude oil, interest in investing in the country’s oil and gas sector, a conducive investment climate and minimal geological commercial risk.”

Responding to MEMD’s notice of request for qualification, on September 20th, 2020, UNOC applied.

“Participating in the Second Licensing Round is well in line with UNOC’s ambitions of eventually attaining the required capacity to become an operator,” stated the Chief Executive Officer, Proscovia Nabbanja.

The four companies will participate in the request for proposal, a biding stage expected to end in June 2021 before licensing in December 2021. Licensing is preceded by negotiation of production sharing agreements.

Thus far, the Government, through MEMD, has awarded nine production licenses. Specifically, one petroleum production license (PL) for the Kingfisher field to China National Offshore Oil Company.  In 2012, five PLs were regarding Mputa-Nzizi-Waraga, Kasamene-Wahrindi, Kigogole Ngara, Nsonga and Ngege fields were awarded to Tullow Uganda Operations (which has since sold its assets to Total E&P). In 2016, three PLs regarding Ngiri, Jobi-Rii, and Gunya fields were issued to Total.

These are basis of the impending production and attendant infrastructure like the refinery, multi products pipeline and East African Crude Oil Pipeline among others

The UNOC mandate, among others, includes identifying and involvement in oil exploration in what is termed as reserves replacement. Important to note is that oil is a depletable resource, hence the need to identify and explore new areas.