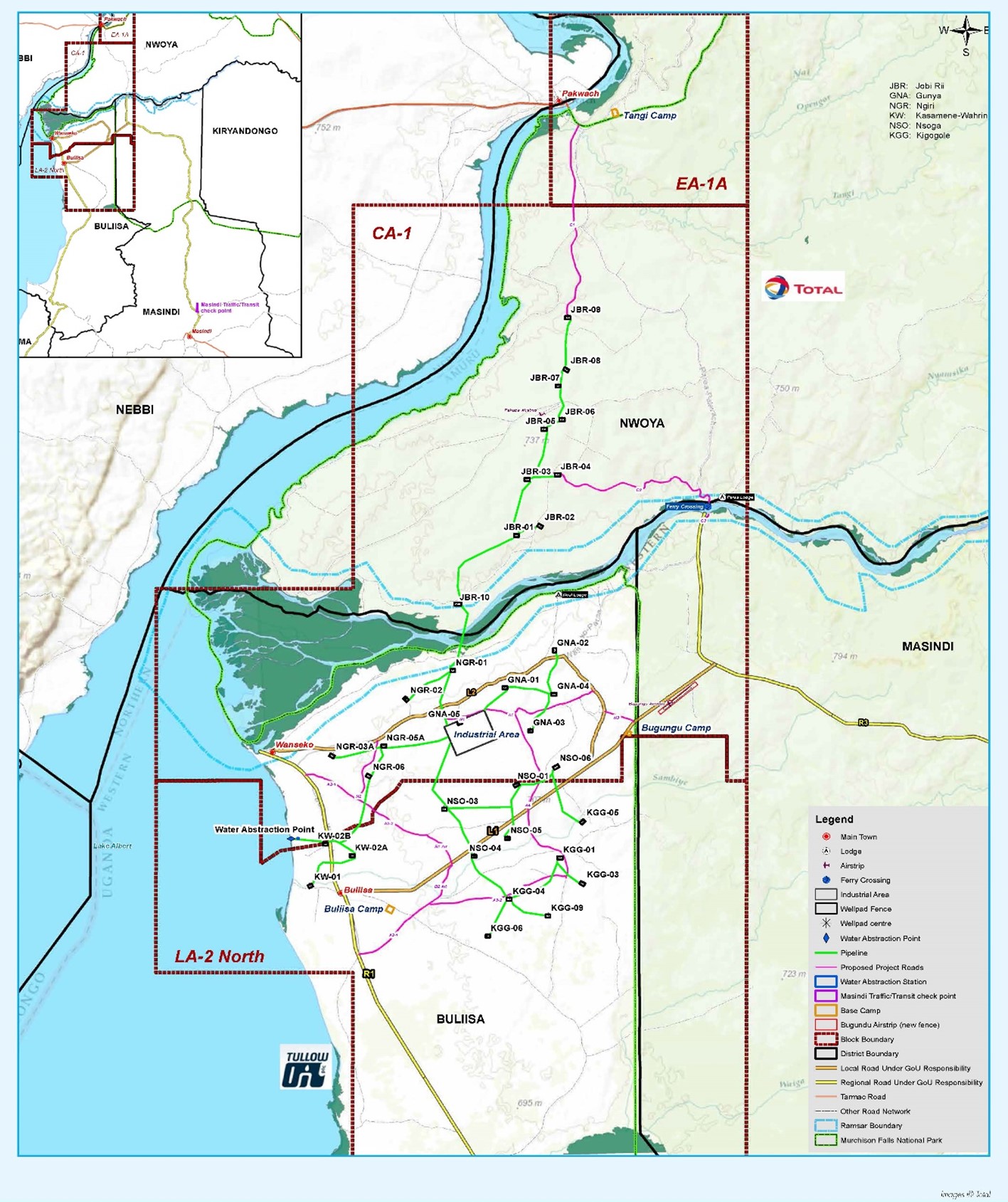 The announcement is expected tomorrow at 10am in Kampala paving way to the partners to fully proceed with the projects with McDermott and Sinopec International Petroleum Service Corp. having already been awarded as the Engineering Procurement Supply Construction and Commissioning (EPSCC) contractor.

At Tilenga operated by Total E&P Uganda (TEPU), and covers three (03) Production Licenses (PLs) from Contract Area (CA) -1 and three (03) PLs from LA-2 with the PLs being Jobi-Rii, Gunya, Ngiri, Kasamene-Wahrindi, Kigogole-Ngara and Nsoga.  Investments at Tilenga are expected to include:

I) Development of a Central Processing Facility (CPF) with capacity to process 190,000 barrels of oil and 700,000 barrels of total liquid per day.
ii) Drilling of over 426 wells (200 water injector wells, 196 oil producer wells, 2 polymer pilot wells and 28 reference wells) which are planned to be drilled on 31 well-pads.
iii) Over 160 kilometres of flow-lines which will transport crude oil and water from the wells to the CPF.
iv) 95 km 24 inch feeder pipeline which will transport the processed crude oil from the CPF in Buliisa to the export hub and Refinery in Kabaale in Hoima District.
v) Other supporting infrastructure include; Victoria Nile Crossing, Temporary and Permanent Operation Support Base camps and a Lake Water Abstraction Station.

The EACOP project on the other hand includes a 1,443km, 24-inch diameter heated and buried crude oil pipeline that will start from Kabaale, Hoima in Uganda to Chongoleani, Tanga in Tanzania. The pipeline will have a manifold in Kabaale, Hoima, six (06) pumping stations (two (02) of which will be located in Uganda), 27 heating stations and two (02) pressure reduction stations.

Lastly, Kingfisher project has a production capacity of 40,000 barrels per day and consists of four well pads around 20 production wells and 11 water injection wells. The project involves drilling of some wells under lake Albert through horizontal drilling while other wells will be drilled onshore.