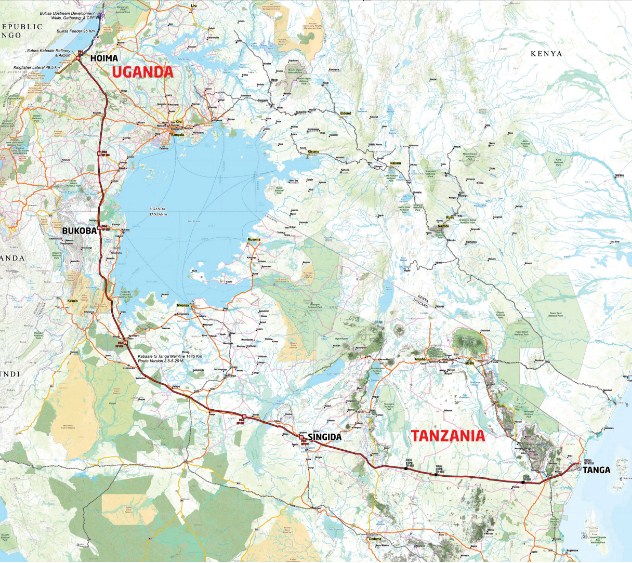 Hon. Peter Lokeris, the Minister of State for Minerals, has re-asserted government’s commitment to having the East African Crude Oil Pipeline (EACOP) project delivered as planned.

“I know many of you had started thinking that the project has stalled but this Public Hearing should now take away all doubt since it is one of the pre-requisites to having the EACOP project delivered,” he said.

Hon. Lokeris made the remarks during the first session of the EACOP Public Hearing for the Environmental and Social Impact Assessment (ESIA) report, which took place at Kisiita Primary School, Kakumiro District. About 1500 stakeholders participated in the public hearing.

Hon. Lokeris further urged the Project Affected Persons (PAPs) to re-invest the money they will receive as compensation.

“The EACOP project is linear in nature only occupying 30m wide strip of land. If you get your compensation, re-invest it to improve your livelihoods,” he added.

The Minister also urged the PAPs along the EACOP to only push for fair compensation of their land.

“The land acquisition process for the EACOP project is ongoing. But it becomes difficult when people inflate the value of their land and demand for unfair compensation,” he said.

Mr. Maxim Marchenko, the Director of the EACOP project presented the project specifications during the public hearing and noted that the fourteen (14) land valuation reports required for the project were before the Chief Government Valuer.

“We are optimistic that the land valuation reports will be approved so that the compensation of PAPs can proceed,” he said.

The EACOP Project is expected to create employment for the locals in terms of supply of labour, engineering and construction materials. The Oil and Gas Sector is anticipated to create about 160,000 jobs both directly, indirectly induced.

The public hearing was organized by the
Petroleum Authority of Uganda (PAU) in accordance with Section 22 of the National Environment (Environment Impact Assessment) Regulations. The main objective of the ESIA is to offer affected and interested parties the opportunity to express their opinions on any issues considered outstanding in the report.

The Presiding Officer at the public hearing was Prof. Vincent Bagiire from Makerere University, Kampala. He invited stakeholders to participate and give their views on the

The Presiding Officer at the public hearing was Prof. Vincent Bagiire from Makerere University, Kampala. He invited stakeholders to participate and give their views on the project. The most frequently raised issues by the PAPs revolved around land valuation and timing for compensation.

The area Member of Parliament Bugangaizi East, Hon. Onesmus Twinamatsiko said government should expedite the process for compensation since the cut off date had already been announced.

“My people have only one request, they want to know when government will pay them. Land grabbers are taking advantage of the project to cheat the locals”, said Twinamatsiko.