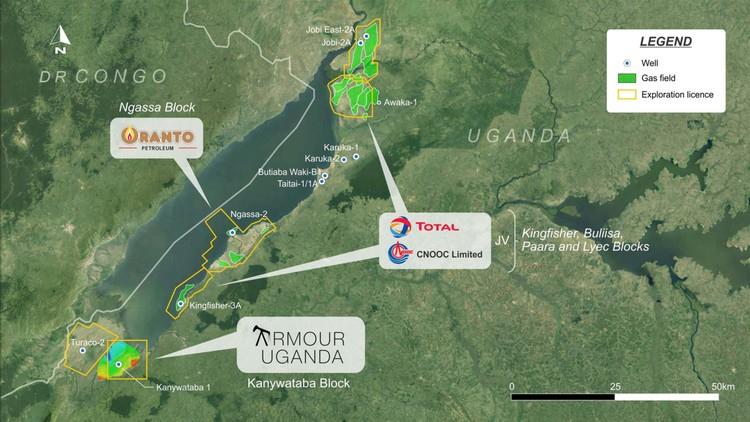 Armour has announced that it has written to the Minister indicating that it will recommence work on the 2D seismic survey. One effect of the two notices to the Minister declaring Force Majeure, is that the periods of time during which the event of Force Majeure prevented the Company from carrying out the 2D seismic survey will be added to the renewed term of EL 1/2017.

Armour has contracted with Teclab Limited to conduct the 2D seismic survey of the Kanywataba exploration acreage. The survey is expected to take approximately
three months to complete in advance of the wet season.

Armour’s CEO Brad Lingo said “We see great potential for profitable exploration at Kanywataba, and are very pleased that circumstances now allow us to recommence our activities there.”

Armour had earlier written to the Minister of Energy and Mineral Development of the Ugandan Government (the Minister) declaring that it was suspending work on the 2D seismic survey as a result of severe flooding in the area of operations. This flooding constituted an event of Force Majeure (as defined under the Production Sharing Agreement between the Company and the Government of Uganda (PSA)).

In early 2020, the actions taken by numerous governments and businesses in response to the spread of the COVID 19 virus caused severe disruption (and in some cases cessation) of world supply chains and international travel. Accordingly, the Company was again prevented from continuing its work on the 2D seismic survey.  On 9 April 2020 the Company again wrote to the Minister declaring that it was suspending work on the 2D seismic survey as a result of an event of Force Majeure.

Background
Armour was awarded the Kanywataba exploration licence by the government of the Republic of Uganda (the Ugandan Government) on 13 September 2017 (EL 1/2017).
EL 1/2017 was renewed on 13 September 2019 for a further period of 2 years2. In October 2020 the renewed EL 1/2017 was transferred to Armour Energy (Uganda) SMC Ltd (Armour Uganda).

Armour Uganda holds its interest in Armour Uganda through its wholly owned subsidiary, Armour Energy International Pty Ltd with DGR Global Limited (DGR) having an 83.18% beneficial interest in the Project.