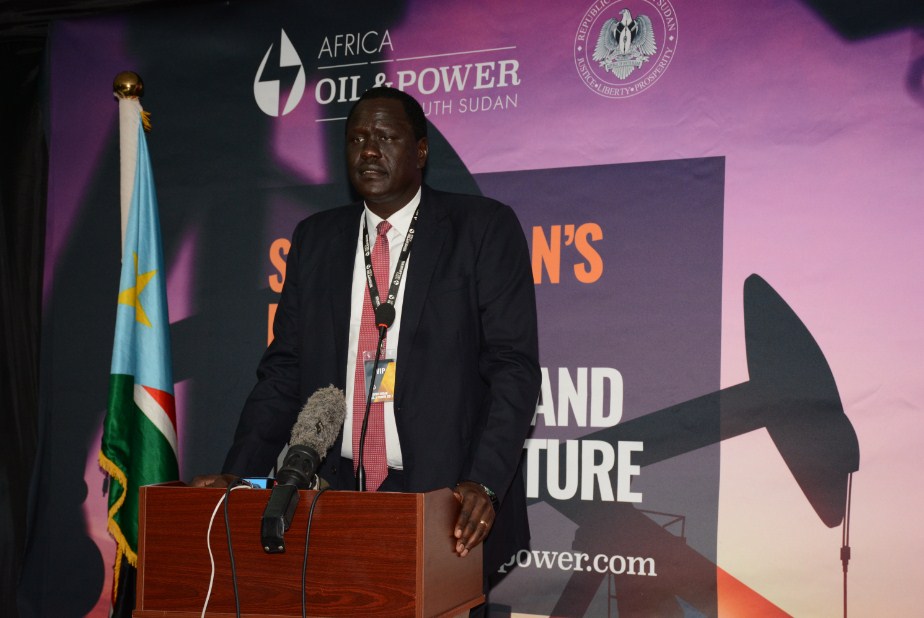 South Sudan’s first ever energy and infrastructure conference, endorsed by the Ministry of Petroleum and organized by Africa Oil & Power, launched last week and was oversubscribed by 30 percent. Four hundred delegates, including the Vice President, the Minister of Petroleum and five cabinet ministers, the presidents of all South Sudan’s joint operating companies, representatives from international oil companies CNPC, Petronas and Tullow Oil and ministerial delegations from Uganda and Sudan, attended the two-day event. Fifty speakers addressed the audience in Juba in a series of keynote speeches, presentations, workshops and panel discussions.

“We were blown away by the attendance and by the level of engagement from participants, which we believe reflects new optimism for South Sudan,” said Guillaume Doane, CEO of Africa Oil & Power. “This is a country with proven below-ground potential and an increasing commitment to resolving above-ground risks. The international investment community is recognizing that the market is ripe for resurgence.”

Indeed South Sudan has enormous proven onshore oil reserves, but production has slipped to about 120,000 barrels per day as two oilfields have been shut down due to security concerns.

The country has a capacity to produce more than twice this amount. Major issues discussed during South Sudan Oil & Power included enhancements to security at northern oilfields, increasing improved and enhanced oil recovery techniques at maturing fields with flagging output and securing financing for power and infrastructure. During the conference the governments of South Sudan and Sudan met to discuss strengthening oil trade. The governments of Uganda and South Sudan discussed how to upgrade energy infrastructure in the region.

“I can’t believe what we have accomplished. With Africa Oil & Power, we have started something big,” said H.E. Ezekiel Lol Gatkuoth, Minister of Petroleum of South Sudan, during the conference closing ceremonies. “We need to do this every year.”